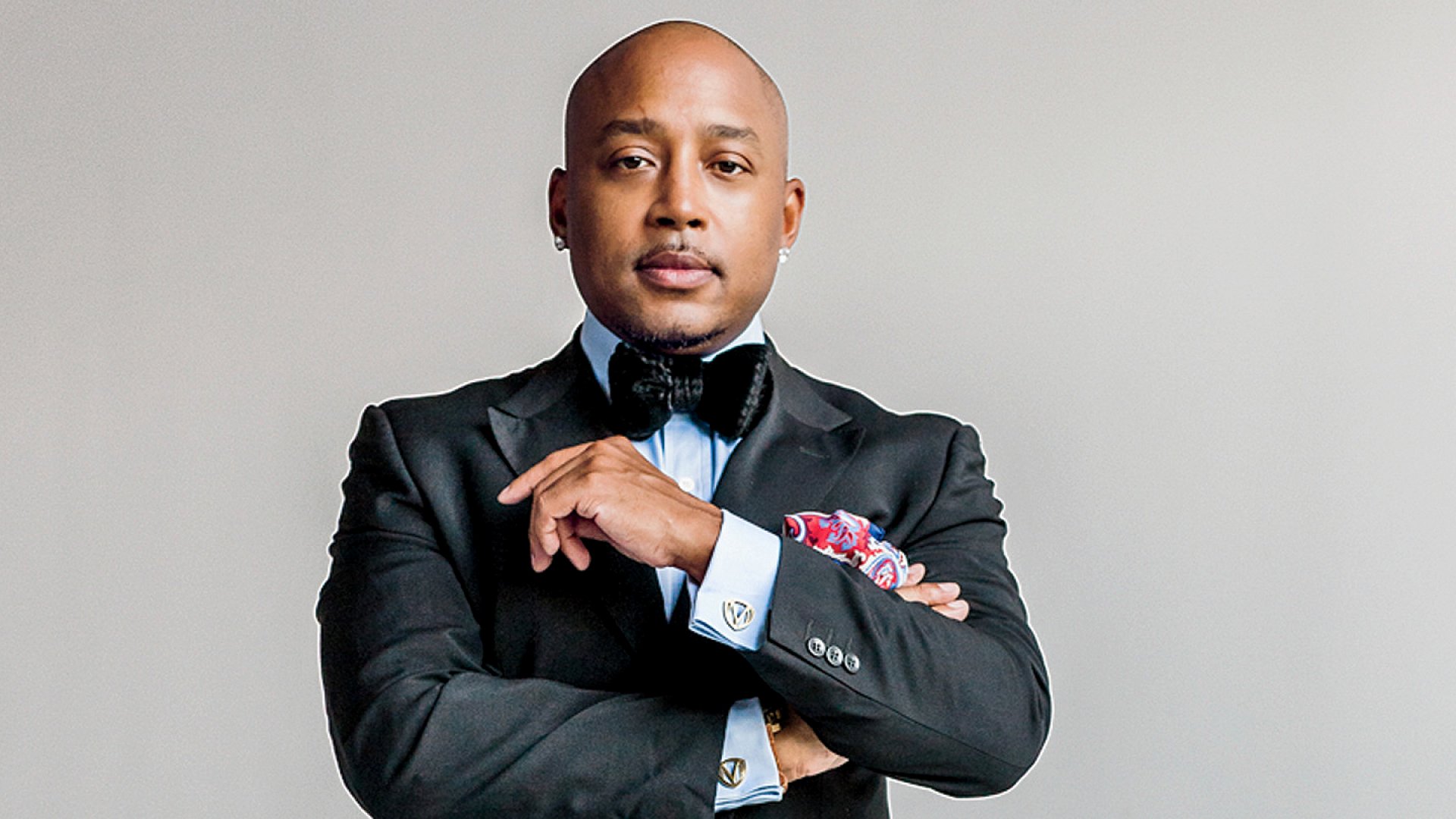 Hip-hop fashion entrepreneur and media personality Daymond Garfield John was born in Brooklyn on February 23, 1969, to Garfield John from Trinidad and Margot John. He was reared in Queens, and by the age of 10, he started working by handing out flyers on the streets for $2 and selling pencils. While a student at Bayside High School in the Bayside neighborhood of Queens, he participated in a program which allowed him to work a full-time job and attend school on an alternating weekly basis.

Upon graduating in 1986, John operated a commuter van service and worked at the Red Lobster Restaurant. In 1992, thanks to sewing lessons from his mother, he began designing and selling hats at concerts at the Coliseum in Queens and at shopping malls. During the first few weeks he sold more than $800 worth of hats and related items. His mother encouraged him and they opened a shop at their home after taking out a $100,000 mortgage on his mother’s house. John invited three friends to join with this project as co-founders, Carl Brown, Alexander Martin, and Keith Perrin, and moved into the basement of his parent’s home. This was the beginning of the brand For Us, By Us (FUBU).

In 1993 Daymond married Maria John, and they parented two daughters, Yasmeen and Destiny. Three years later, in 1996, FUBU began a partnership with global distributor Samsung’s fashion platform and by 2001, his company had made $200 million. During this period, John launched the FUBU Foundation which raised $1 million annually to provide assistance for underserved youth in urban communities.

In 2002, FUBU became the authorized outfitter for the Globetrotters basketball team. Seven years later in 2009 John joined ABC’s business-themed reality television series Shark Tank which eventually won four Emmy Awards. In 2014 John was asked by President Barack Obama to be part of the President’s “My Brother’s Keeper” initiative. When he accepted, he was appointed the President’s Ambassador of Global Entrepreneurship. Also in 2014 John and Daniel Paisner jointly authored the audiobook, The Power of Broke: How Empty Pockets, a Tight Budget, and a Hunger for Success Can Become Your Greatest Competitive Advantage.

In 2017, John was diagnosed with cancer but after a successful procedure, he resumed his entrepreneurial activities. On June 2, 2018, John married Heather Taras in Santorini, Greece. They had a daughter, Minker. John and Paisner released the audiobook, Rise and Grind: Out-Perform, Out-Work, and Out-Hustle Your Way to a More Successful and Rewarding Life (Audible Studios).

As of 2020, John continues to work in the fashion industry. By that year his brand, FUBU had more than $6 billion sales. As a result of his success, John helped found the virtual Black Entrepreneurs Day to support Black-owned businesses, especially those impaired by the Covid-19 pandemic. Also, in 2020 John and Paisner penned Powershift: Transform Any Situation, Close Any Deal, and Achieve Any Outcome (Random House Audio).