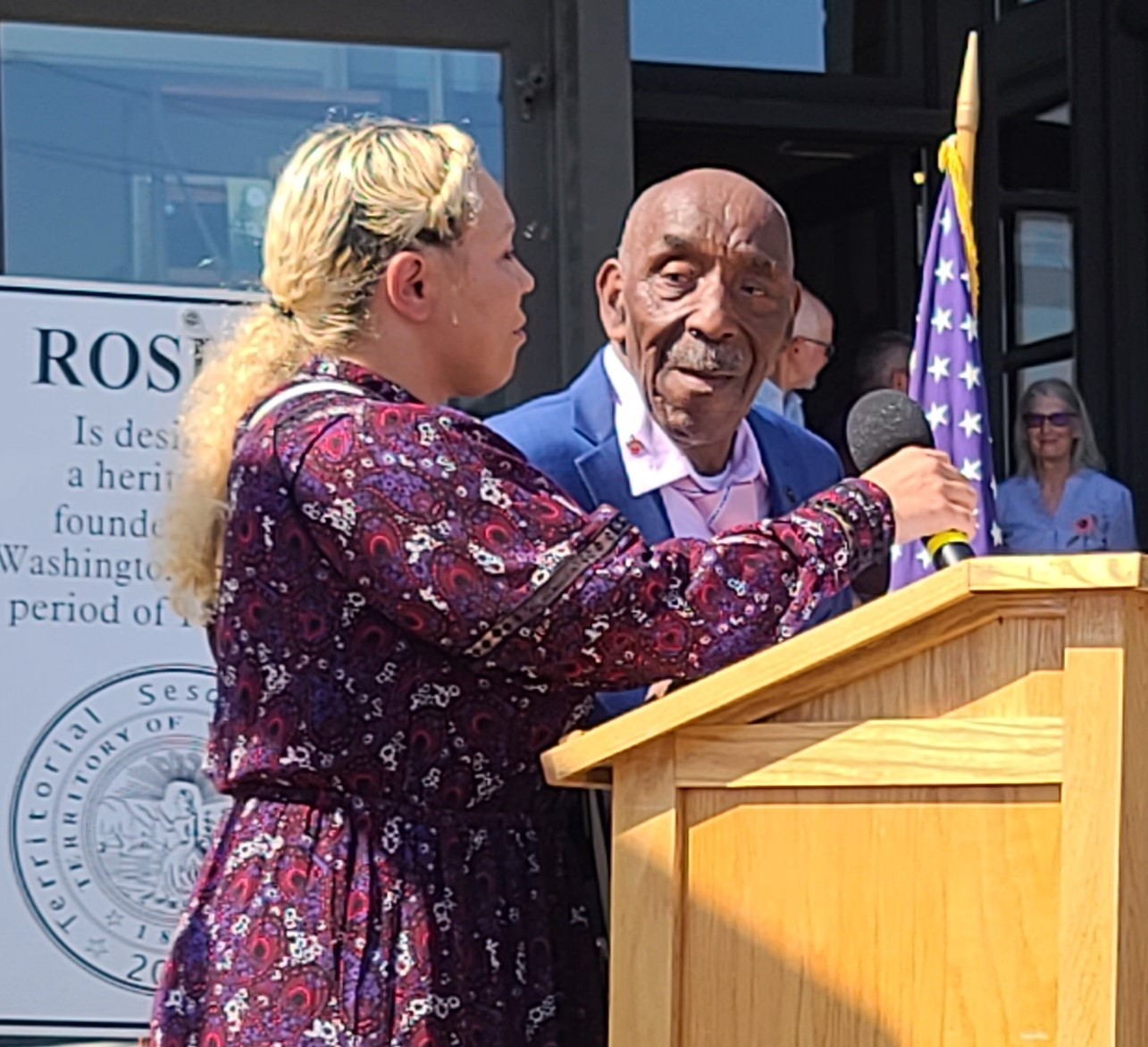 William Amos Craven was the first African American elected as mayor in the state of Washington. He was appointed in 1975 and later elected in 1976 as mayor of the town of Roslyn, Washington.

William Craven was born September 18, 1938 the son of Samuel Lawrence Craven (1895-1969) and Ethel Williams Craven. He was raised in Roslyn. His grandfather had moved from Texas to Roslyn to work in the coal mines in the area. The presence of Black miners in Roslyn can be traced back to 1888 when disgruntled white, mostly Eastern European miners called for a strike. Dissatisfied with the long working hours, the poor pay, and the lack of safety conditions, the miners, now unionized by the Knights of Labor, demanded changes and took to picketing the mines. The Northern Pacific Railroad, owner of the mines, responded by arranging for James E. Sheppardson to bring in more than 300 African American miners from Virginia, North Carolina, and Kentucky to work as replacements. It was at that point the greatest surge in the African American population in the territory’s history. At one point soon afterwards over 20% of the Roslyn’s population was African American.

Roslyn’s fortunes and population declined in the mid-20th century. By the 1970s the town’s population had dwindled to around 1,000 people with the Craven family being the only Black residents.

William Craven held several jobs in Roslyn including grave digger and school janitor. In the early 1970s he served on the Roslyn city council. When the position of mayor came open, his fellow council members appointed him to the post on June 10, 1975. On September 16, 1976 he was elected major by the citizens of Roslyn. Of the 305 votes cast Craven garnered 272. He became the first African American to be elected mayor in the state of Washington and served as mayor of the town until 1979.

In July 2001, when the Thirtymile Fire swept through the area. William Craven and his wife Virginia Lee provided a place to mourn the four firefighters who died in the forest fire. One of them was their 30-year-old son, Tom Craven.

On February 20, 2021 Governor Jay Inslee proclaimed the day “William Craven Day” and on August 7, 2021 a monument was dedicated in Roslyn to honor William Craven. The governor and other state dignitaries spoke at the event.