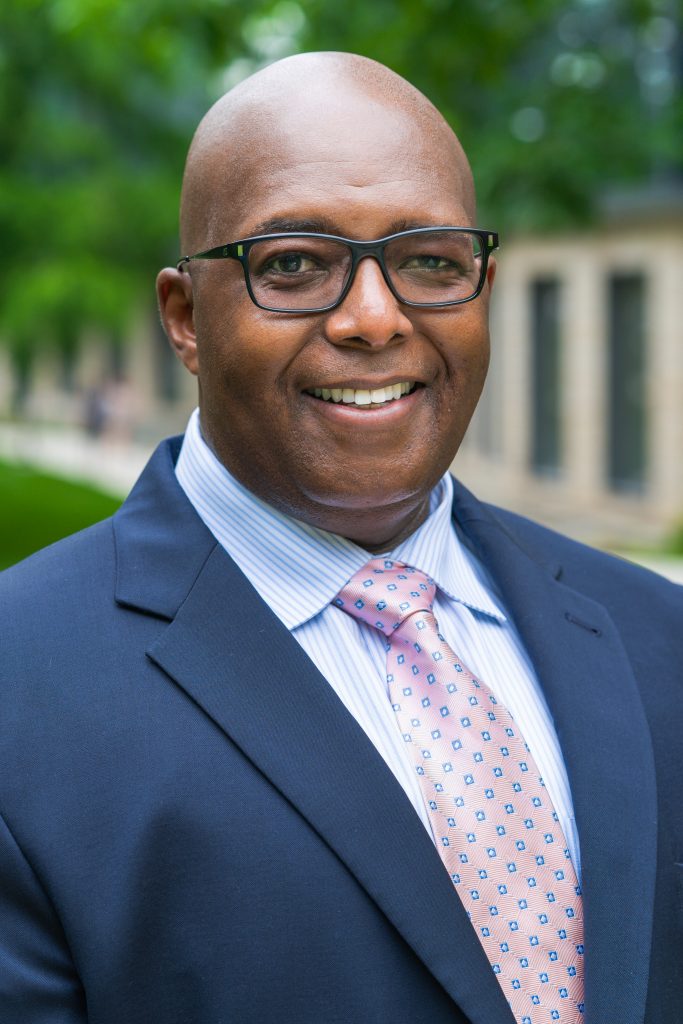 Craig E. Cameron is the Chair of the Department of Microbiology and Immunology at the University of North Carolina at Chapel Hill. He is a Fellow of the American Association for the Advancement of Science and American Society for Microbiology.

He studied chemistry at Howard University and graduated in 1987. There he developed his interest in the study of viruses including rhinovirus, rhinitis, and coxsackievirus.

After his doctoral studies in biochemistry at Case Western Reserve University School of Medicine, which he completed in 1993, and postdoctoral studies in the chemistry department at Penn State, he joined the Penn State faculty in biochemistry and molecular biology in 1997. He obtained tenure on the faculty, was promoted to associate professor, and was named Louis Martarano Associate Professor in 2002. In 2005, he was promoted to professor and named Paul Berg Professor of Biochemistry and Molecular Biology. In 2010, Cameron was part of a team at Penn State that was awarded a $2.85 million National Science Foundation grant for K-12 students.

A major goal of the Cameron lab is to develop strategies to treat or prevent infections caused by RNA viruses. He has used poliovirus and hepatitis C virus (HCV) as primary model systems. His expertise in virology, biochemistry, and mechanistic enzymology brings a unique combination of intellectual and technical resources to the study of RNA viruses. His initial focus was viral RNA-dependent RNA polymerase (RdRp). In particular, he was interested in the kinetic, thermodynamic, and structural basis for the fidelity of nucleotide incorporation, a topic of great importance not only for the accurate maintenance, transmission, and expression of genetically encoded information, but also for targeting RdRp for antiviral therapy.

These studies have led to exciting discoveries that have taken his lab into many new areas, including enzyme dynamics, vesicular transport, innate immunity, vaccine development, and mitochondrial molecular biology. Cameron’s work is highly collaborative and involves research teams from academia (local, national and international), government and industry. He has projects in the following areas: Mechanism of RNA-dependent RNA polymerase, virus attenuation and vaccine development, picornavirus genome replication, biochemical mechanisms and biological functions of HCV proteins NS3 and NS5a, mitochondrial transcription and disease, and lethal mutagenesis as an antiviral strategy.

Cameron became chair of the UNC Department of Microbiology and Immunology on Sept. 1, 2019. His research focuses on RNA polymerases and RNA-binding proteins required for viral replication or mitochondrial function. The goal of this work is to develop novel strategies to treat and/or prevent viral infections and mitochondrial dysfunction. He has published approximately 100 articles in prestigious journals. During his career, Cameron has received several awards, including the Howard Temin Award from the National Cancer Institute and an Established Investigator Award from the American Heart Association. He is a member of the Board of Scientific Counselors of the National Institute of Diabetes, Digestive and Kidney Diseases, a member of the Executive Council of the American Society for Virology and the American Society for Microbiology, and chair of the Minority Affairs Committee of the American Society for Biochemistry and Molecular Biology. Cameron serves on the editorial boards of the Journal of Biological Chemistry, the Journal of Virology, and ASBMB Today.