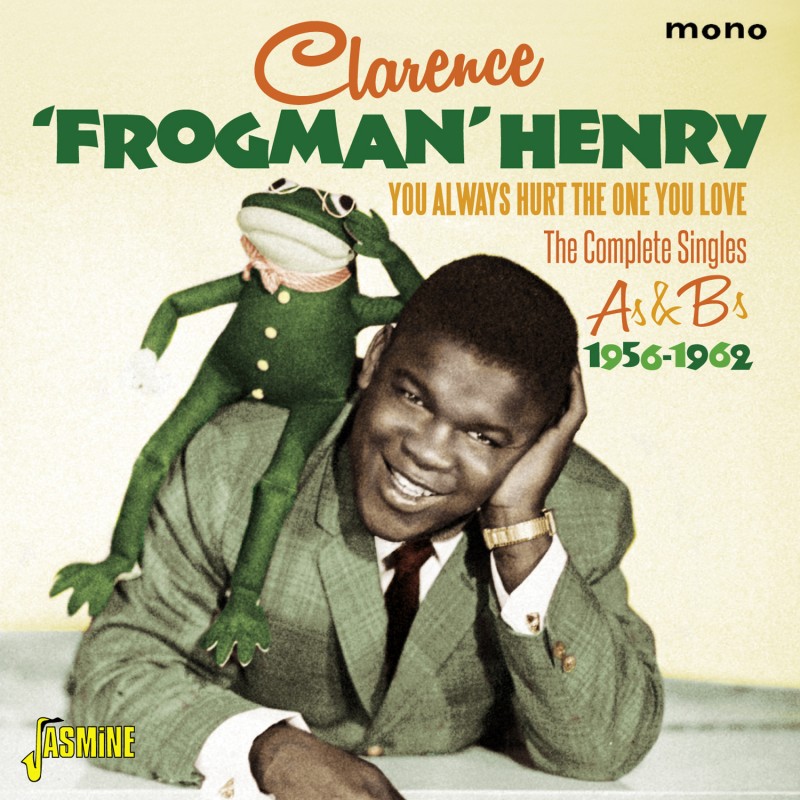 From 1953 to 1955, Frogman played piano and trombone with his classmate’s band, Bobby Mitchell & the Toppers and then in saxophonist Eddie Smith’s band. His first hit would become his R&B classic, “Ain’t Got No Home,” recorded in the Cosimo Matassa studio in New Orleans in 1956. The song, sung partly in a baritone voice, a falsetto voice, and a frog’s voice, peaked at no. 3 on Billboard R&B chart and no. 20 on the Billboard Pop Chart. In 1957, Frogman toured outside the United States for the first time, playing concerts in England, Jamaica, Germany, New Zealand, Scotland.

Frogman scored three hits in 1961. They were “I Don’t Know Why I Love You but I Do” that peaked at no. 3 on the UK chart and no. 4 US chart. He followed with “You Always Hurt the One You Love” that reached no. 6 UK, no. 11 R&B, and no. 13 US Pop Chart. His “Lonely Streets” made it to no. 19 R&B and no. 57 on the US Pop chart. During that year, he was featured on Dick Clark’s American Band Stand and in 1962 he was invited to tour Great Britain with Bobby Vee and Michael Anthony Orlando Cassavitis who later became Tony Orlando.

In 1964, Frogman was the opening act for 21 days with the Beatles in Great Britain and then the opening act for 18 Beatles concerts in Canada and the United States. When he was not on tour, Frogman could be found performing in various night clubs in the French Quarters of New Orleans.

After an 18-year hiatus from recording music (although he still performed) Frogman returned to England in 1982 and recorded the album, The Legendary Frogman Henry for Silvertone Records. In 1994, his song “I Don’t Know Why But I Do” was included on the Forest Gump soundtrack. Following the release of the film and his rediscovery by the public, the song sold eight million copies.

In 2007, Clarence “Frogman” Henry was inducted into the Louisiana Music Hall of Fame.