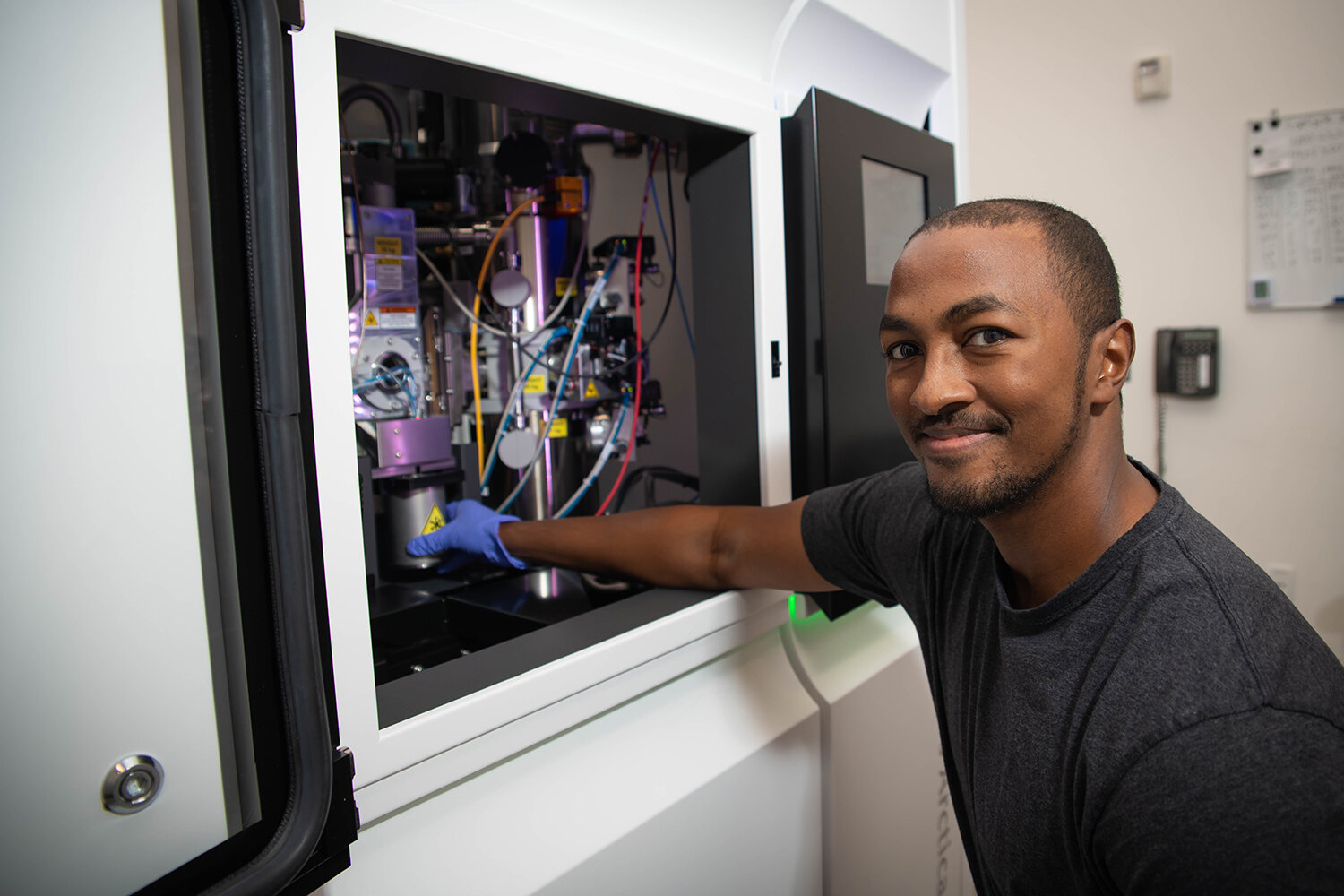 Dr. Christopher Barnes is a Hannah Gray Postdoctoral Fellow at California Institute of Technology. Presently, he is one of a few talented African American scientists working to find a vaccine for COVID-19, the coronavirus. Barnes’ contribution is the result of an early, and lasting, interest in science. First During high school, he devoted his time and energy to participating in STEM clubs and competing in the Science Olympiad. As an undergraduate student at the University of North Carolina, Chapel Hill (UNC), Barnes initially desired to pursue a career as a medical doctor. As he advanced in the study of both chemistry and biology, a position as a laboratory research assistant caused Barnes to change his course of study. Working with a seasoned mentor, Barnes developed a desire to not only to pursue scientific research that would benefit the global society but to represent African Americans in a discipline that is predominantly white.

After receiving his bachelor’s degree in 2008, Barnes pursued a master’s degree at UNC where had the opportunity to learn biochemical and biophysical techniques including protein Nuclear Magnetic Resonance (NMR). This field of study obtains information about the structure and dynamics of cellular proteins and their complexes. After receiving a master’s degree in 2010, the young scientist learned about pathogens and pandemics as a research specialist for the Pittsburgh Center for Vaccine Research. In 2011, Barnes embarked upon doctoral study at the University of Pittsburgh, School of Medicine. As a doctoral student, Barnes studied with Guillermo Calero in the molecular biophysics and structural biology program. The bulk of his research was directed toward answering questions about the mechanism by which the general transcription factors (GTFs) involved in the process of gene regulation order RNA Polymerase II (Pol II) activity. By the time Barnes was awarded his Ph.D. in molecular pharmacology in 2016, he had been actively researching biochemistry and biophysics for more than a decade.

In 2017, Dr. Barnes landed a position as a postdoctoral scholar at the California Institute of Technology (Caltech). Less than one year later, he was selected to serve as a HHMI Hanna Gray Postdoctoral Fellow. This program supports early career life scientists from underrepresented groups in academic labs across the United States. At Caltech, Barnes is working in the lab of Dr. Pamela Bjorkman, a well-known pioneer in the field of structural biology. Initially, the fellow’s responsibilities were geared toward investigating the behavior of HIV-1. With the outbreak of COVID-19, the coronavirus early in 2020, Barnes was selected to lead the team of scholars focused on investigating the contagion. In this role, Barnes is working to learn how the human body uses its immune defenses to combat COVID-19. The research process involves obtaining blood samples from men and women who survived the coronavirus and isolating each individual’s antibodies to reveal which types of antibodies failed or succeeded at neutralizing the virus. His immediate goal is to research, learn, and create an effective vaccine to stay the spread of the current virus and lay a foundation for preventing new coronaviruses that are likely to emerge.