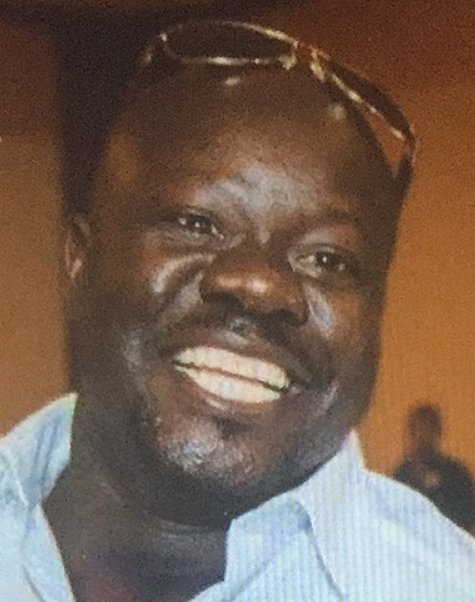 On September 27th, 2016, Alfred Okwera Olango, aged 38, was killed in El Cajon, California by Officer Richard Gonsalves as his sister Lucy Olango watched in disbelief. His death reflected a turbulent period with multiple deaths of black people killed by police officers throughout the United States that led to the creation of Black Lives Matter in 2013. Shortly after his passing was publicized, crowds gathered for daily peaceful protests that turned violent on the sixth day after officers used pepper spray to disperse the crowds and made two arrests, prompting the protesters to pelt officers with rocks and bottles.

Originally from Kampala, Uganda, the Olango family fled to a refugee camp in 1991 in Kenya after facing persecution, threats, and possible death by the regime. Later in 1991, they arrived in New York when Alfred was 12 years old. When he became an adult, he moved to the San Diego suburb of El Cajon where he took jobs in the restaurant and manufacturing fields. He also worked to earn his GED and improve his life. He married Taina Rozier although they were separated at the time of his death. They had a daughter, Chare Rozier-Olango. Throughout his adult life, Olango had multiple encounters with the police due to a DUI, possession of a firearm, and an attempt to sell drugs, which led to jail time.

On the afternoon of September 27, 2016, Lucy Olango, Alfred’s sister, followed him after witnessing his erratic behavior, which included walking in and out of traffic. His sister was worried for his safety and well-being, compounded by the recent death of his friend, and called 911. She reported that he was “unarmed” and “mentally unwell.”

A confrontation soon occurred between two police officers, later identified as Richard Gonsalves and Josh McDaniel. According to the police reports, Olango was pacing back and forth while keeping his hands in his pockets and then suddenly extending them in what the officers described as “a shooting stance.” Gonsalves fired his weapon four times and McDaniel discharged his taser. Other accounts stated that Olango had his hands up prior to his death.

Shortly after the shooting, Lucy called out, “I just called for help and you killed him.” His “weapon” was later identified as an e-cigarette device. San Diego Police Chief Jeff David released a still image of Alfred in a shooting pose and withheld additional information and footage because of the ongoing investigation.

The San Diego branch of the National Action Network, The American Civil Liberties Union, and other groups approach the El Cajon Police Department and requested full transparency in the matter. Soon, peaceful protests that included upwards of 200 began in the vicinity of the shooting and continued until more information was released. These protests escalated into violent confrontations resulting in property damage and arrests.

In January 2017, San Diego District Attorney Bonnie Dumanis ruled that the shooting was justified and both officers were cleared of any wrongdoings due to the video collaborating the officers’ statements.

The medical examiner’s report found cocaine in Alfred’s system. Members of Olango’s family have filed multiple lawsuits in state and federal courts that have all been dismissed. Lawsuits by protesters who claim they were wrongfully arrested at the site of Alfred’s death are ongoing.