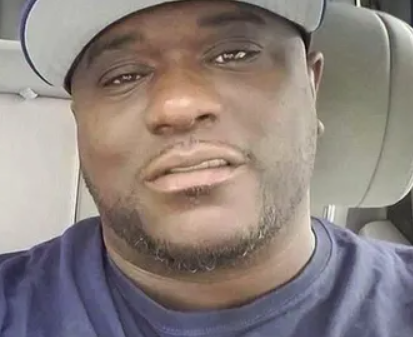 Forty-year-old Javier Ambler II died in Austin, Texas after being tased multiple times by police during an arrest on March 28, 2019. Ambler was driving home from a poker game when a Williamson County Sheriff deputy attempted to pull him over for not dimming his headlights. A twenty-two-minute pursuit followed and ended when Ambler crashed his car north of downtown Austin. There is no recorded indication of why Ambler fled the scene.

While in struggle with police, Ambler was recorded stating he could not breathe and that he had congestive heart disease. The police pursuit and subsequent killing of Ambler were being filmed as part of the A&E television series Live PD. The footage captured by A&E was destroyed and never aired. A&E representatives explained, “As is the case with all footage taken by Live PD producers, we no longer retained the unaired footage after an investigation had concluded.” Ambler’s mother believes that the presence of a camera crew intensified the situation and was a factor that led to her son’s death. She carries his ashes in a locket around her neck.

Javier Ambler II was born in in 1979 in Killeen, Texas to Maritza and Javier Ambler Sr. His parents described him as a “gentle giant” and best friend, whom they could trust to care for their family if Ambler Sr. was away on duty. Ambler followed in the footsteps of his father and served in the United States Army. Ambler, like his father, was a proud Army retiree and member of the military community. He took great pride in serving his country and was known as an inclusive and accepting person by his close friends and family. Ambler grew up as an “army brat” living on several bases before the family settled in Killeen, Texas in 1991 when he was thirteen.

Ambler played football at Ellison High School in Killeen and was awarded a scholarship to Blinn Community College before he eventually transferred to Texas A&M University. Ambler was a loving and dedicated father of two sons, ages four and fifteen at the time of their father’s death. Ambler shared his passion for football with his was sons and often took them to Dallas Cowboys and University of Texas Longhorn games. At the time of his death, Ambler’s father stated that he was living his dream of being an independent caterer. Ambler also worked for the U.S. Postal Service as a rural carrier in Killen, Texas. Although Ambler’s death was ruled a homicide, law enforcement experts disagree over the use of force. No officers have been charged in his death and his killing continues to be investigated by Austin’s Police Departments Special Investigation Unit and the Civil Rights Division of Travis County District Attorney’s Office.