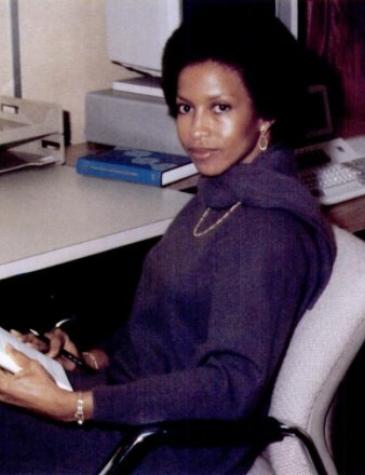 Jennie R. Patrick became the first African American woman to earn a PhD in chemical engineering when she completed graduate studies at the Massachusetts Institute of Technology (MIT) in 1979.

Patrick was born in Gadsden, Alabama on January 1, 1949. Her parents only had sixth grade educations, with James working as a janitor and Elizabeth working as a maid. They encouraged Jennie and her four siblings to excel in their studies as a way to escape poverty. As a child, Patrick was driven by her own curiosity about the world and how things worked. Growing up in the South in the 1950s and 1960s at a time when it was slowly integrating, she faced a number of challenges because of her race. In 1964 Patrick attended Gadsden High School, a previously all white high school that was forced to integrate due to the Brown v. Board of Education ruling. It was an extremely difficult experience, and she recalls the need for state troopers to protect the black students from violent white parents during the first month of desegregation. She selected the school because of its high quality science department, and despite her personal challenges, Patrick graduated with honors in 1967.

On the advice of her mother, Patrick attended nearby Tuskegee Institute, despite being offered a scholarship to attend the University of California at Berkeley. When Tuskegee’s chemical engineering program closed in 1969, she transferred to Berkeley without a scholarship and worked her way through school. While facing discrimination by the faculty, she graduated with a BS in chemical engineering in 1973. She then enrolled in the graduate program in chemical engineering at MIT where her research focused on various heating processes and substances called supercritical fluids, which behave like liquids and gases. Supercritical fluid technology is used to separate caffeine from tea and coffee.

After Patrick completed her doctorate from MIT in 1979, she became heavily involved in outreach efforts to encourage other African American women and men to pursue graduate degrees in the sciences and engineering. During these speaking engagements she reminded students of the possibilities in these fields and encouraged and inspired them to excel academically.

Patrick has held various positions in industry including General Electric in Schenectady, New York, the Philip Morris Research Facility in Richmond, Virginia and the Rohm and Hass Company in Bristol, Pennsylvania. She was at Rohm and Haas for five years until 1993 when she became assistant to the executive vice president at Southern Company Services in Birmingham, Alabama. Patrick also served as an adjunct professor at Rensselear Polytechnic Institute from 1980 to 1983 and at Georgia Institute of Technology from 1983 to 1987. From 1993 to 1997 she served as the 3M Eminent Scholar/Professor at Tuskegee Institute. She then was a senior consultant with Raytheon Engineers and Constructors in Birmingham from 1997 to 2000.

She now is a consultant with the Peachtree, Georgia firm she founded, Education & Environmental Solutions.