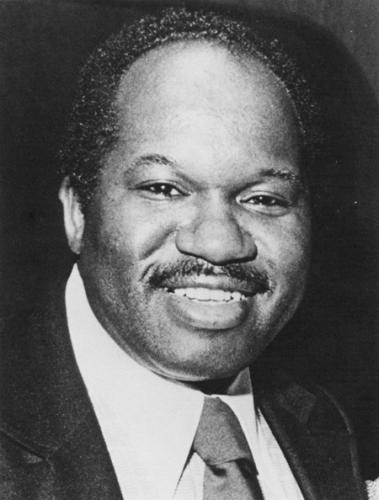 Former New York Congressman Major Robert Owens was born on June 28, 1936 in Collierville, Tennessee.  He graduated from Hamilton High School in Memphis in 1952 at the age of 16.  Owens received a bachelor’s degree from Morehouse College in 1956, and an M.S. in Library Science from Atlanta University in 1957. He then moved to Brooklyn, New York where he worked as a librarian.

During this time Owens became active in the Brooklyn community. In 1964 he served as the chair of the Brooklyn Congress of Racial Equality and vice president of the Metropolitan Council of Housing for New York City.  He was also the community coordinator of the Brooklyn Public Library from 1964 to 1966, served as the executive director of the Brownsville Community Council from 1966 to 1968.  From 1968 to 1973 Owens was commissioner of the Community Development Agency in New York City.  Between 1973 and 1975 he served as director of the community media library program at Columbia University, NY.

Major Owens was elected to the New York State Senate as a Democrat in 1974.  He remained in the State Senate until 1982 when he was elected to New York’s Eleventh Congressional District, replacing the retiring Shirley Chisholm.  With his election Owens became the only professional librarian ever elected to Congress.

While a congressman, Owens was one of the original sponsors and strongest proponents of the Americans with Disabilities Act, which was signed into law by George H.W. Bush in 1990. He served on the Committee on Education and the Workforce, which guided all federal involvement in education, labor law, job training, programs for the aging and people with disabilities, employee pensions and safety, and equal employment opportunities. In addition, he served on the Committee on Government Reform, and was ranking Democrat on the Subcommittee for Workforce Protections, chairman of the Subcommittee on Select Education and Civil Rights, chairman of the Congressional Black Caucus Task Force on Haiti, and a member of the Progressive Caucus of the House of Representatives.

Owens retired from Congress at the end of his term in January 2007. He is currently a distinguished visiting scholar in the John W. Kluge Center at the Library of Congress. Owens is married to Maria Cuprill, and is the father of Geoffrey Owens, the latter known for his role as Elvin Tibideaux on the television sitcom “The Cosby Show.”