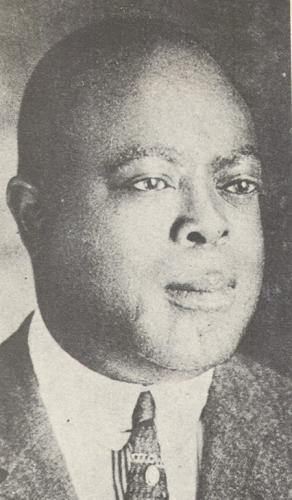 Mentor to Louis Armstrong and pioneer of what would become known as the Harmon trumpet mute, Joe “King” Oliver was a key figure in the first period of jazz history.  His most significant ensemble, King Oliver’s Creole Jazz Band, was a live sensation and also the first black New Orleans ensemble to gain recognition in the record industry.

Born in Louisiana in 1885, Joseph Oliver began his musical studies on trombone, but switched to cornet as a teenager, touring with a brass band at the turn of the century.  Oliver worked in various marching and cabaret bands in and around New Orleans, including bands led by Kid Ory and Richard M. Jones, but moved north in 1918, settling in Chicago.  After a stay in California, Oliver returned to Chicago and formed his own ensemble which included bassist Bill Johnson, trombonist Honore Dutrey, clarinetist Johnny Dodds, his brother, drummer Warren “Baby” Dodds, and pianist Lillian Hardin.  King Oliver’s Creole Jazz Band, as it was called, debuted on June 17, 1922 at the Lincoln Gardens Café in Chicago.  Shortly thereafter, Oliver wired New Orleans requesting a second cornetist, his former apprentice Louis Armstrong.  The new ensemble was a hit, captivating audiences with its deep rhythmic vitality, improvised polyphony, and unbelievable double-cornet breaks – Oliver and Armstrong seemed to improvise on the spot, in perfect unison.

Stylistically, Oliver was not the exuberant soloist that Armstrong would become; rather his innovations were largely in his use of trumpet mutes and effects.  Directly inspired by Oliver’s “wa-wa” sound, the Harmon Company manufactured the now widely used Harmon mute.  The “jungle style” popularized by Bubber Miley in Duke Ellington’s orchestra reflected Oliver’s mastery of the plunger, while the popularization of the Harmon mute forged a direct link between Oliver and such modernist trumpeters as Miles Davis and Harry Edison.

Oliver’s band set down the first significant body of records by black jazzmen, although accounts from the period suggest that the recordings only hinted at the power of the live group.  Including several alternate takes, thirty seven cuts survived the period, most recorded during 1923.  Oliver’s most acclaimed solo, featured on the song “Dippermouth Blues,” exemplified his uniquely vocalized style, and it was later orchestrated by Fletcher Henderson’s orchestra as “Sugar Foot Stomp.”

King Oliver’s Creole Jazz Band prematurely disbanded in 1924, with Louis Armstrong on his way to New York.  Oliver recorded “Tom Cat Blues” with pianist Jelly Roll Morton, and his new group, King Oliver’s Dixie Syncopators, made additional records.  Oliver moved to New York in 1927 and found regular work at the Savoy Ballroom, though he also supposedly rejected a position at the Cotton Club, which instead famously went to Duke Ellington.

Suffering from pyorrhea, a gum disease, Oliver’s abilities declined, and he soon began delegating his solos to younger cornetists in his ensemble.  By 1935 Oliver could no longer play at all, though he would continue to lead bands for two more years.  Ailing and frustrated, Oliver settled in Savannah, Georgia, where, having pawned his trumpet and finest clothing, he maintained a small fruit stand and worked as a pool-hall janitor.  King Oliver died in 1938 from a heart attack, or, as Louis Armstrong later suggested, a broken heart.