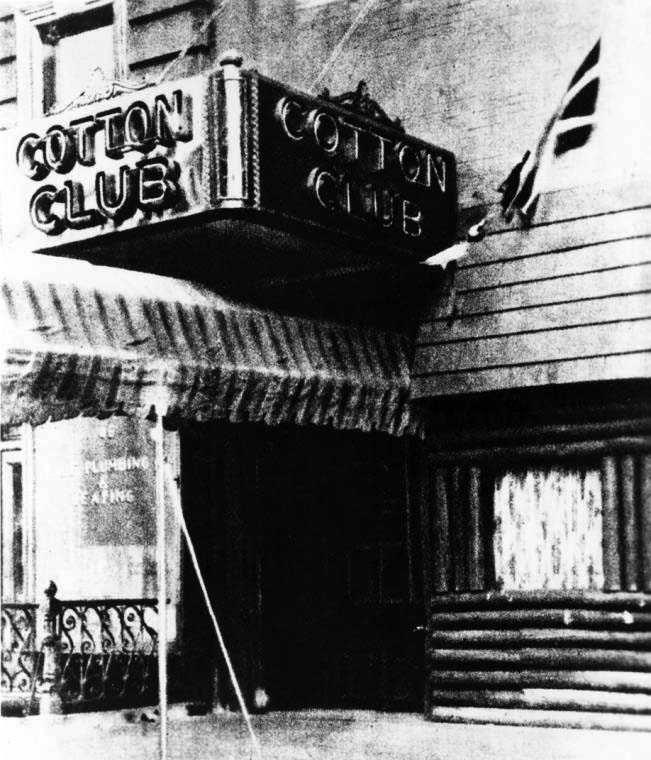 Opened in 1923, the Cotton Club on 142nd St & Lenox Ave in the heart of Harlem, New York was operated by white New York gangster Owney Madden. Madden used the Cotton Club as an outlet to sell his “#1 Beer” to the prohibition crowd. Although the club was briefly closed several times in the 1920s for selling alcohol, the owners’ political connections allowed them to always reopen quickly.

The Club was decorated with the idea of creating a “stylish plantation environment” for its entirely white clientele. As with many New York City clubs of the time period, that meant the upper class of the city. The Cotton Club at first excluded all but white patrons although the entertainers and most of staff were African American. Exceptions to this restriction were made in the case of prominent white entertainment guest stars and the dancers. Dancers at the Cotton Club were held to strict standards; they had to be at least 5’6” tall, light skinned with only a slight tan, and under twenty-one years of age.

The oppressive segregation of the Cotton Club was reinforced by its depiction of the African American employees as exotic savages or plantation residents. The music was often orchestrated to bring to mind a jungle atmosphere. By transforming the club into this plantation atmosphere and bringing in celebrities, Owney Madden created a demand for the Cotton Club and its exclusionary policies and also helped perpetuate widely held stereotypes about African Americans.

Shows at the Cotton Club were musical revues that featured dancers, singers, comedians, and variety acts, as well as a house band. Duke Ellington led that band from 1927 to 1930, and sporadically throughout the next eight years. The Cotton Club and Ellington’s Orchestra gained national notoriety through weekly broadcasts on radio station WHN some of which were recorded and released on albums. The entertainers who played at the Cotton Club were some of the most widely known blues and jazz performers of their time including Ethel Waters, Cab Calloway, Ellington and many others.

The race riots of Harlem in 1935 forced the Cotton Club to close until late 1936 when it reopened at Broadway and 48th St.