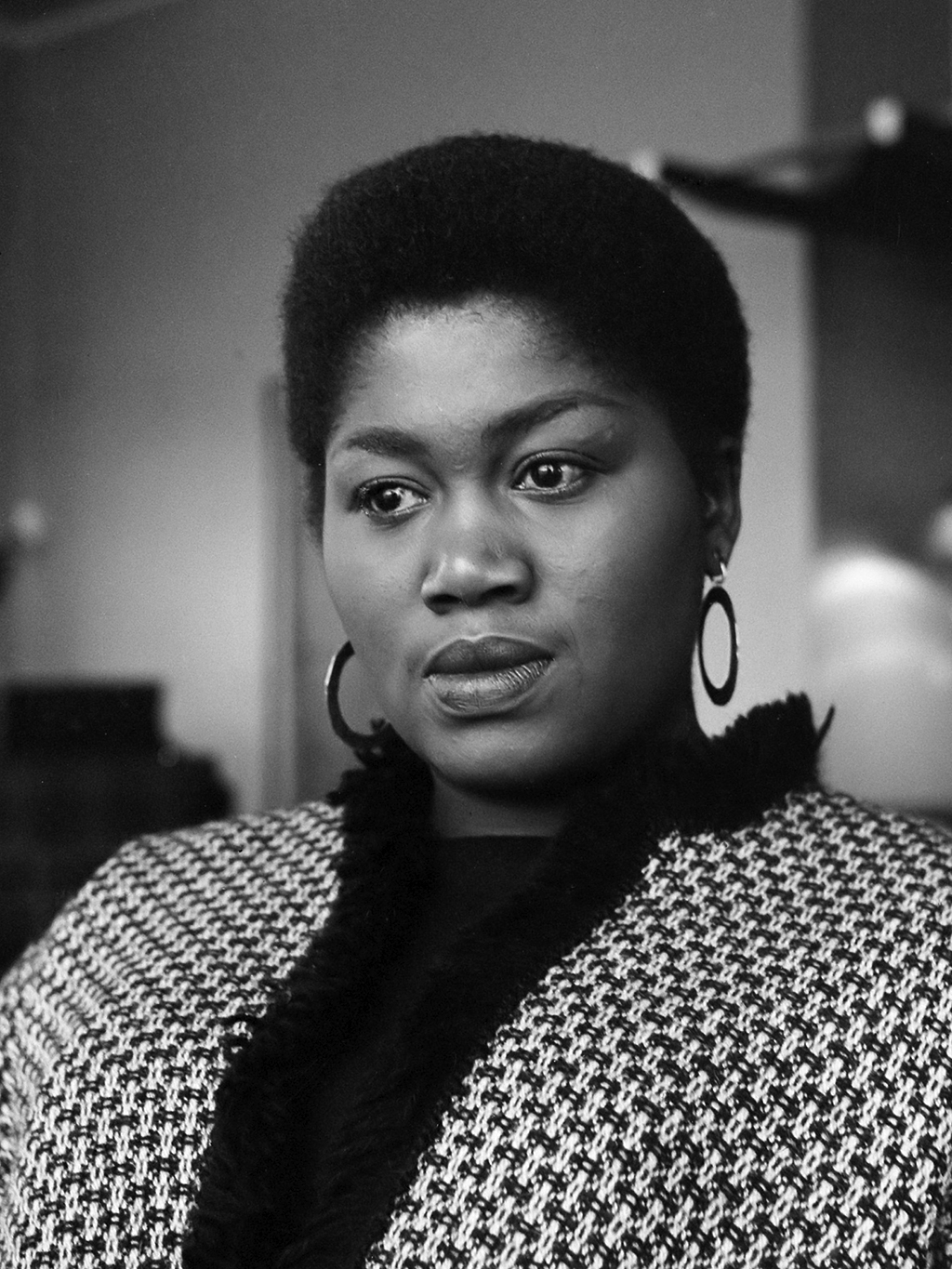 Odetta, an American folk singer and social activist during the civil rights movement, was born in Birmingham, Alabama on December 31, 1930.  Odetta was born to Rueben, a steel worker, and Flora (Saunders) Holmes.  Her father died in 1936, and as a result her mother remarried and moved the family to Los Angeles, California where Odetta took her stepfather’s last name, Felious.  Eventually, Odetta Felious dropped her last name, officially going by Odetta.  After graduating from high school, Odetta attended Los Angeles City College where she earned her degree in music, specializing in classical music.

Odetta took her first job touring with Finian’s Rainbow, a musical about prejudice in 1947.  In 1950 she settled in San Francisco and began participating in the city’s emerging folk music scene.  She learned how to play the guitar and combined aspects of folk, blues, and spirituals to create her unique sound.   In San Francisco, she began touring as a folk singer.

In 1963, Odetta joined Rev. Martin Luther King in the March on Washington and performed “Oh Freedom.” In the same year her album, “Odetta Sings Folk Songs” was one of the top-selling folk albums in the country.  Her success led to an invitation from the White House where she performed for President John F. Kennedy for the nationally televised civil rights special, “Dinner with the President.”

Odetta’s career peaked in the mid-1960s but she continued to perform long after that decade.  Those later performances included prominent venues such as Carnegie Hall and  the U.S. Bicentennial opera in 1976.  She was nominated for three Grammy’s over the course of her career.  In 1999, President Bill Clinton presented Odetta with the National Medal of Arts.  In 2003, the Library of Congress designated the entertainer as a Living Legend. She continued to produce albums until her death.

Odetta was married to and divorced from Don Gordon in 1959.  In the late 1960s, she also married and divorced Gary Shead.  In 1977, she married Iverson Minter, commonly known as “Louisiana Red.”

On December 2, 2008 Odetta died of kidney disease and heart failure.  Odetta was a monumental voice for the civil rights movement and inspired other artists including Harry Belafonte, Joan Baez, Bob Dylan, and Janis Joplin.