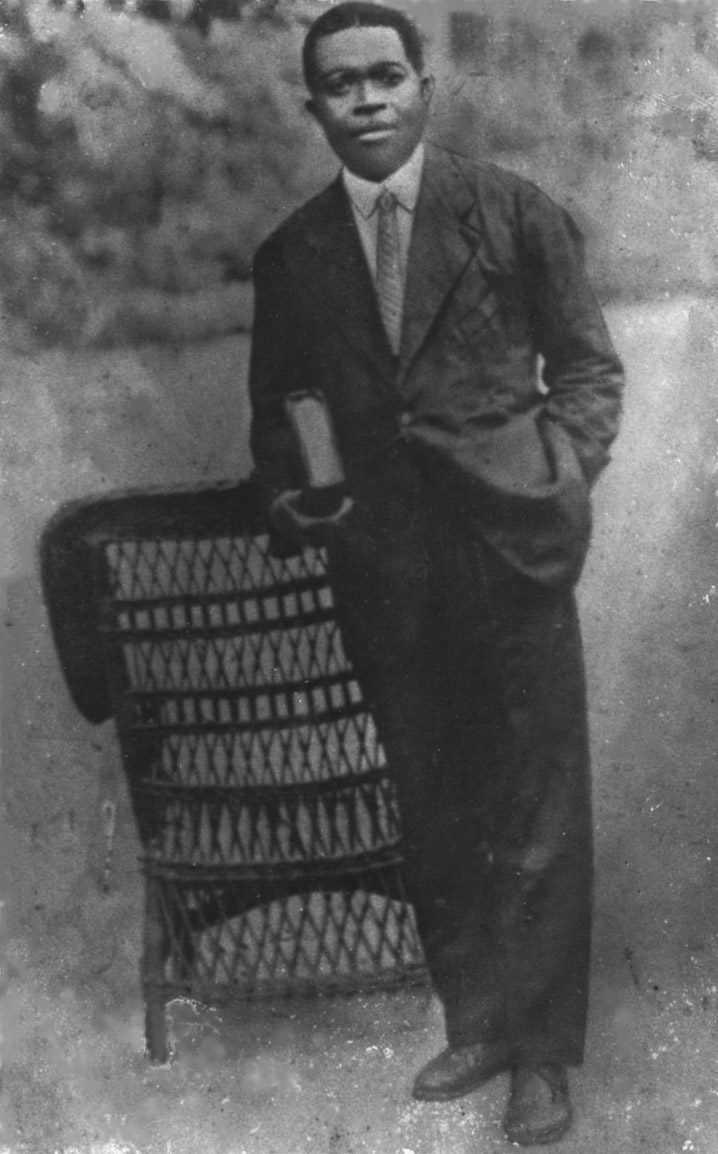 Chief Alfred Charles Sam, a shadowy figure in Oklahoma history, inspired the emigration of hundreds of African American Oklahomans back to Africa in the second decade of the 20th century. Those who completed the first journey to Africa endured physical and financial hardships, with some choosing to return to Oklahoma. Those awaiting to make the second voyage lost most of their savings and possessions when the venture dissolved.

Born in the Gold Coast (present-day Ghana) around 1880, Alfred Charles Sam claimed to have inherited the position of local chieftainship from his uncle. After a trip to North America, Sam decided to pursue a career in business entrepreneurship as a trader. He also saw an opportunity to form a commercial sea venture leading black Americans back to Africa and then making a round trip return to North America stocked with trading commodities like cocoa, coffee and mahogany. In 1913, he began preaching to black Oklahomans of the African coast as a haven where African Americans could live a life of freedom on the 45-square miles of fertile land that Sam had purchased. He urged his listeners to buy passage to west Africa by purchasing $25 worth of stock in Sam’s Akim Trading Company.

Chief Sam’s scheme was criticized by the local black businessmen and most African American newspapers as well as U.S. and British authorities. Although he was investigated for fraud by both governments, no clear criminal charges were found, and Sam was able to convince hundreds of Oklahoma families to invest in his stock and sell most or all of their possessions in order to make this journey.

Around 600 African Americans bound for the Gold Coast waited in the spring of 1914 while Sam went to New York to purchase the  S.S. Liberia, which would take these would-be emigrants to Africa. After some legal and economic delays Sam was able to meet his followers in Galveston, Texas on June 14, 1914. Finally on August 20th Sam and 60 African Americans started their voyage to the Gold Coast while over 500 others anxiously awaited his return.

When the emigrants finally arrived on the Gold Coast, they were initially welcomed by the local population, but many hardships followed. Some newcomers succumbed to malaria, and Sam’s promises of free land for colonization were challenged by the African rulers who prohibited foreign ownership of their land. Soon a number of Sam’s followers became disillusioned with the Gold Coast and left to find work elsewhere. A handful of Sam’s followers found a way back to Oklahoma.

Sam sold the Liberia, abandoning the remaining investors who were awaiting their voyage to Africa. Some accounts indicate that Sam continued his career as a trader, returning to North America and dying sometime in the 1930s.