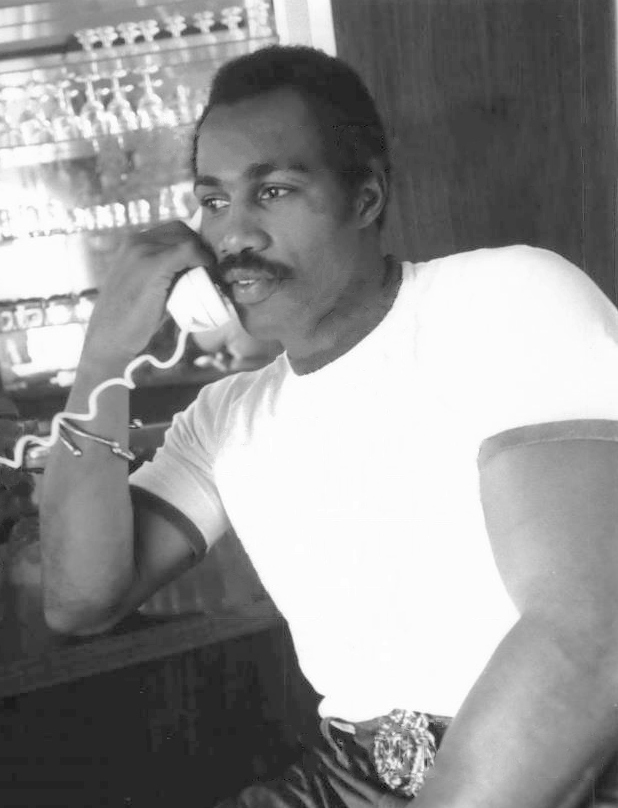 Kenneth Howard Norton was born on August 9, 1943 in Jacksonville, Illinois. An all around athlete, Ken excelled in varsity track and football in high school, and earned a football scholarship to Northeast Missouri State University. He left school during his sophomore year after getting into an altercation with the head coach, and joined the Marines in 1964.  It was there that he took up the sport of boxing. With no prior experience Ken started slowly but improved steadily and managed to win the all-Marine championship three years in a row.

After completing his service Norton was encouraged to turn professional in 1967. He reeled off 16 straight victories before suffering his first loss in July 1970. Norton bounced back from his first defeat in grand fashion, winning his next 13 bouts, and setting the stage for a meeting with Muhammad Ali who was campaigning for another heavyweight title shot. On March 31, 1973, Norton entered the San Diego (California) Sports Arena a 7 to 1 underdog against the former heavyweight champion but shocked the sporting world and Ali by breaking his jaw, and handing him a split decision loss. Ali’s people immediately arranged a rematch six months later which Ali won in a close split decision over Norton.

Norton’s next fight took place on March 26, 1974 in Caracas, Venezuela, against George Foreman for the heavyweight championship of the world. Norton suffered a technical knockout loss after Foreman sent him to the canvas three times in the second round. Norton won his next seven bouts, including a 5th round knockout of Jose Luis Garcia.

n 1975, Ken Norton established a short-lived acting career when he took the the title role in the Paramount Pictures film Mandingo, a controversial movie featuring Susan George and James Mason which became notorious for its portrayal of racial and sexual relations in the antebellum South.  Although Mandingo did well at the box office, many critics panned Norton’s acting abilities and claimed the movie was one of the worst of the black exploitation films of the 1970s.  Norton appeared in Drum, the 1976 sequel to Mandingo, as well as in other minor films and television roles.

Norton continued his boxing career and again met Muhammad Ali who had regained the heavyweight crown by defeating George Foreman in Kinshasa, Zaire. Norton and Ali met for the title in a bout at Yankee Stadium in New York on September 28, 1976.  Ali captured a hotly disputed unanimous decision victory in a contest that was widely regarded as the closest of their three matches.

In 1977 Norton lost a fiercely competitive 15-round decision to Larry Holmes. He continued to fight until 1981, retiring after suffering a brutal 1st round technical knockout to Gerry Cooney.  Ken Norton was inducted into the International Boxing Hall of Fame in 1989 with an overall record of 42 wins, 7 losses, and one draw.