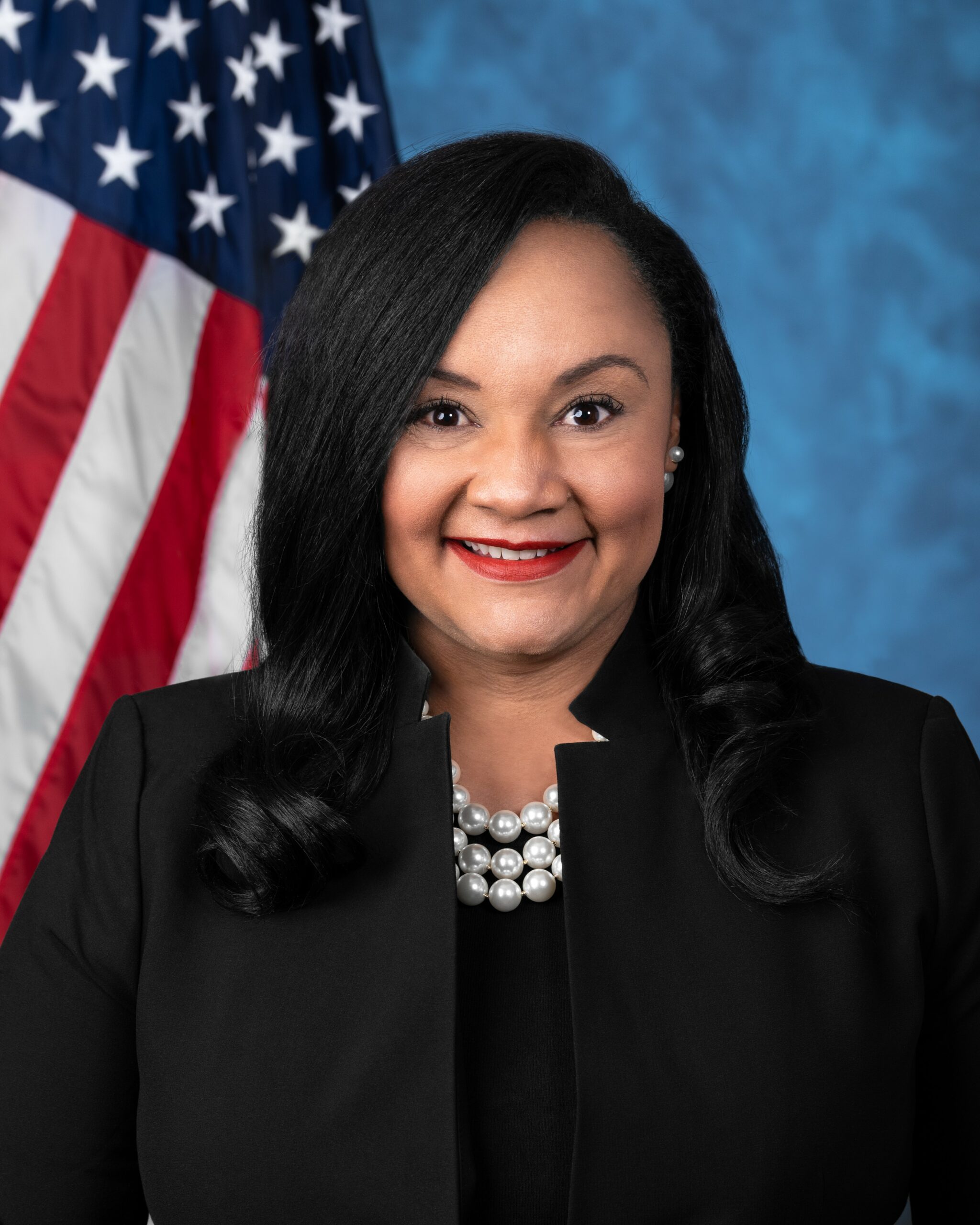 Nikema Williams is the first Black chairwoman of the Georgia Democratic Party, a former state senator, and the first woman to serve as representative of Georgia’s 5th Congressional District, filling the seat held since 1987 by the late civil rights icon John Lewis.

Williams was born on July 30, 1978 in Columbus, Georgia, but raised by her grandparents across the Chattahoochee River in Smiths Station, Alabama. She lived a hardscrabble life where according to Williams, she did not have indoor plumbing or running water. What she did have was a zest for civil rights and trailblazing in her blood. The great niece of Autherine Lucy, who integrated the University of Alabama in 1956 and the granddaughter of a community leader who drove his truck around town passing out slate cards to potential voters with a young Nikema by his side, Williams was destined for a life in politics.

Williams attended Talladega, a HBCU liberal arts college. She pledged Alpha Kappa Alpha and graduated with a Bachelor of Arts in Biology in 2000.

In 2002, she moved to Atlanta where she was Campaign Manager for T.J. Copeland who served in the Georgia legislature from 2004 to 2006). In between becoming Political Director of the Young Democrats of Georgia in 2008, she was elected the youngest person to chair the 13th Congressional District for The Democratic Party of Georgia (2007). From 2008 until 2018, she served as the Planned Parenthood Vice President of Public Policy of the Southeast, as well as the Legislative Coordinator and Regional Public Policy Manager for Planned Parenthood of Georgia. During this time, in 2011, Williams was elected the first vice chair of the Democratic Party of Georgia and was interim chairwoman in 2013 when the chairman resigned.

In 2018 Williams left Planned Parenthood to become Deputy Political Director at National Domestic Workers Alliance (NDWA) and Deputy Director at Care in Action. Before making this career change, in 2017, in a special election, she was elected state senator for the 39th district which includes the cities of Atlanta, East Point, College Park, Union City, and South Fulton. While working toward equitable public education and free and fair elections, she was arrested on the Capitol steps with her constituents as they demanded every vote be counted in the contentious 2018 gubernatorial race between the Secretary of State Brian Kemp and rising Democratic star Stacy Abrams.

A commitment to human rights and an extensive background in public service prepared Williams for the gift and challenge of her career when civil rights lion John Lewis, a friend and mentor, succumbed to cancer on July 17, 2020. State law required the party to select a replacement within 72 hours. Williams received 37 of 41 votes from the executive committee, beating out 130 applicants.

Congresswoman Nikema Williams and her husband, Leslie Small, reside in Atlanta with their son, Carter.