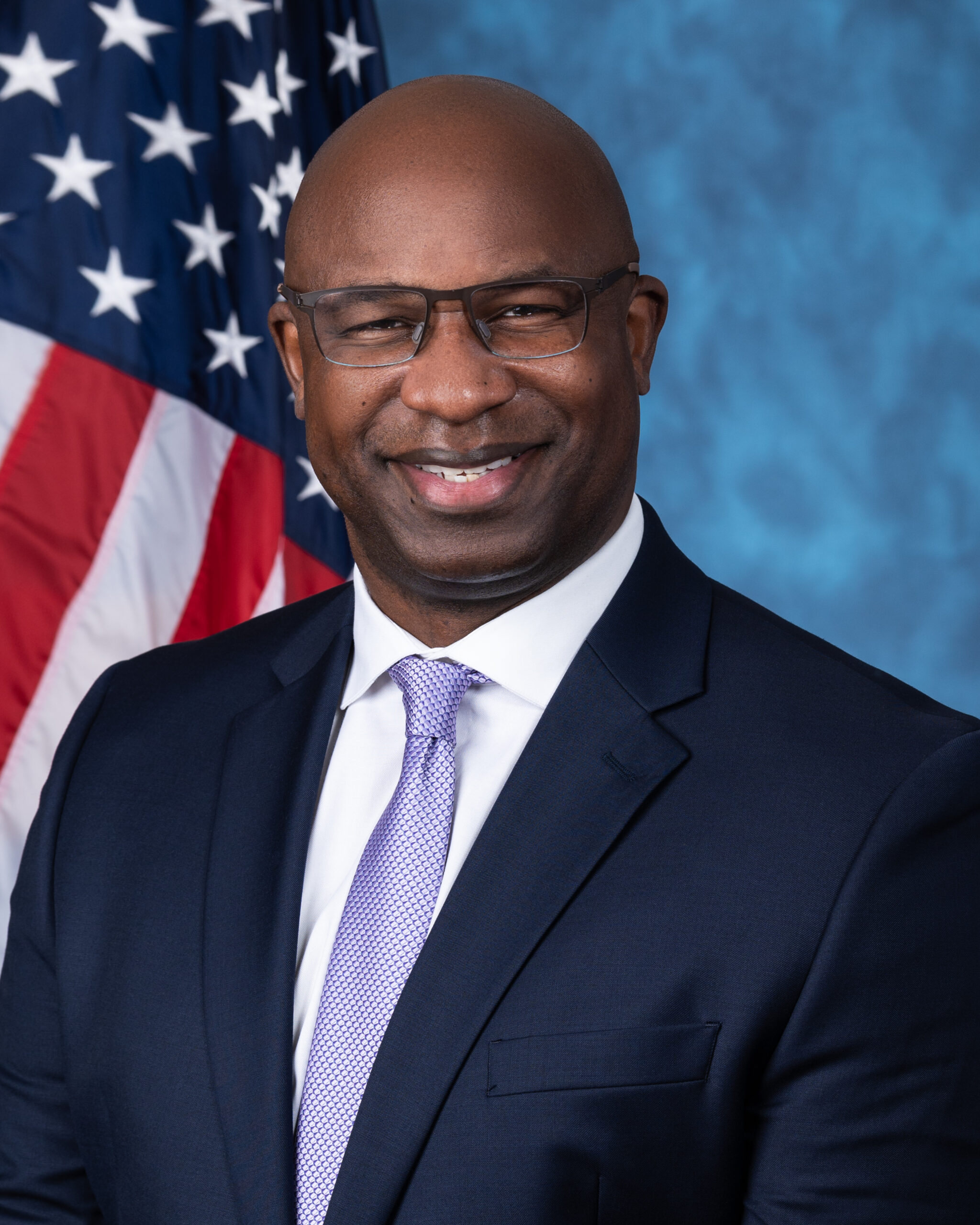 Jamaal Bowman is a politician and educator who became the Democratic Representative for New York’s 16th Congressional District in 2021. Bowman was born on April 1, 1976 in Manhattan, New York City to unnamed parents. He lived with his grandmother in the East River Houses Project during the week and with his mother and sisters in Yorkville, Manhattan on weekends. Bowman’s mother moved to Sayreville, New Jersey when he was sixteen years old and his grandmother died when he was eighteen years old. He attended Sayreville War Memorial High School where he played on the school football team.

After graduating high school in 1994, Bowman attended Potomac State Junior College briefly then transferred to the University of New Haven in West Haven, Connecticut. He received his Bachelor of Arts in sports management in 1999. While at the university, he played college football for the New Haven Chargers. Bowman then earned his Master of Arts in counseling from Mercy College. Bowman earned a Doctor of Education in educational leadership from Manhattanville College.

Jamaal Bowman’s first career job was as a crisis management teacher in a South Bronx Elementary School. In 2009, Bowman founded Cornerstone Academy for Social Action, a public middle school in the Bronx. He also became an educational reformer, advocating against standardized testing and arguing that children’s education should include subjects in arts, history, and science education that were not emphasized on statewide tests. He used a restorative justice model to address the school-to-prison pipeline.

In 2020, Bowman ran for the United States House of Representatives in New York’s 16th Congressional district. The main inspiration for Bowman was Alexandria Ocasio-Cortez who in 2018 won in New York’s 14th Congressional District where she upset Democrat Joseph Crowley in the primary and Republican Anthony Pappas in the general election. Bowman adopted a platform similar to hers, supporting criminal justice reform, education reform, Medicare for All, and the Green New Deal. Bowman criticized incumbent Democratic Congressman Eliot Engel’s record on foreign policy and his response to the COVID-19. As a consequence, Bowman received many endorsements from the Sunrise Movement, a radical political movement in New York City, and the New York Working Families Program. His campaign was endorsed by Alexandra Ocasio-Cortez, Bernie Sanders, Elizabeth Warren, and the editorial board of The New York Times.

Jamaal Bowman defeated Eliot Engel in 2020 Democratic primary and would go on to win the general election in a landslide when he defeated Conservative candidate Patrick McManus with 84 percent of the vote. Bowman is married to Melissa Oppenheimer. The couple have three children.