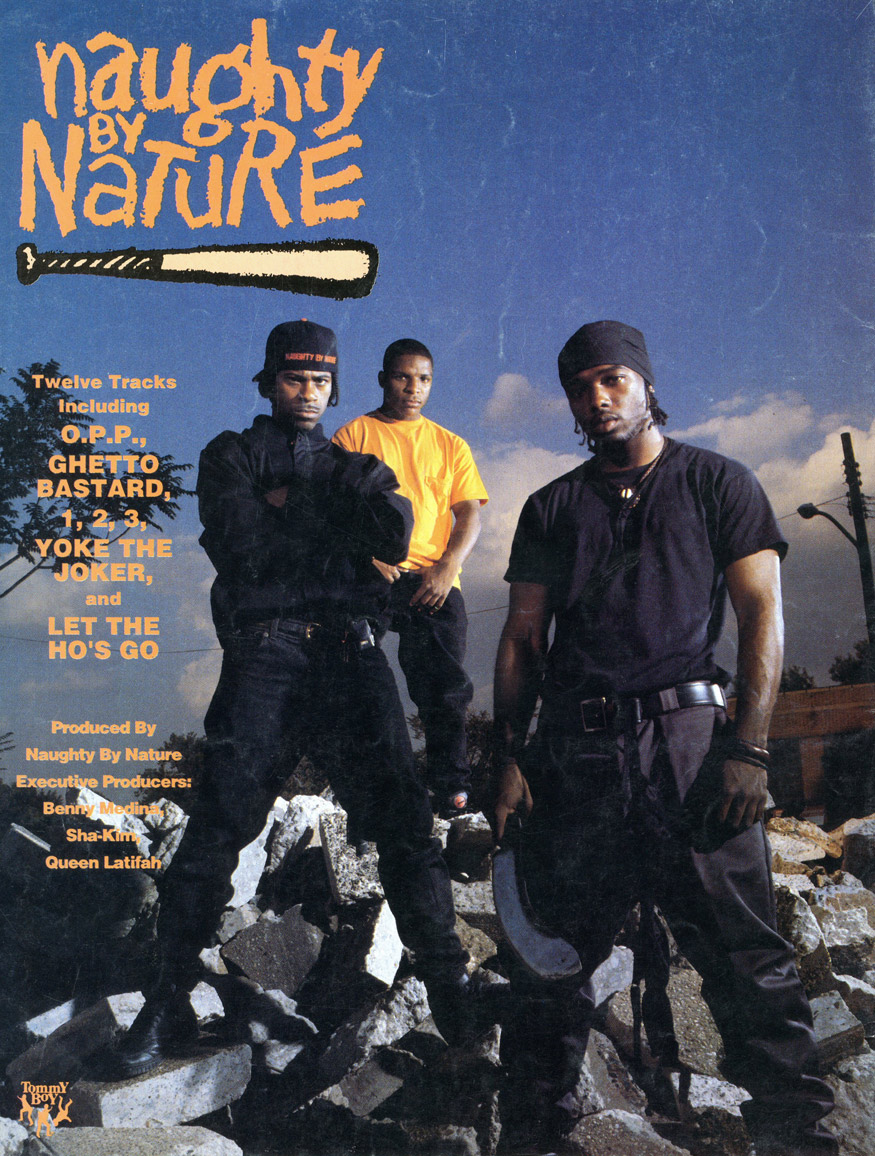 Naughty By Nature is a hip-hop trio from East Orange, New Jersey which includes Anthony  “Trench” Criss, Vincent “Vin Rock” Brown, and Keir Lamont “DJ Kay Gee” Gist. They became a trio in 1986. The group’s original name was The New Style, but it later changed to Naughty By Nature. In 1989, the group released their debut album, Independent Leaders which featured the single, “Suffin Those Knees.” The album had moderate success but did not sell 500,000 copies. After releasing their first album, the group was mentored by Dana Elaine “Queen Latifah“ Owens.

In 1991, Naughty By Nature released their second album, Naughty By Nature, which featured three singles, “O.P.P,” “Everything’s Gonna Be Alright,” and “Uptown Anthem.” This album sold over a million units and was certified platinum. It was also nominated for a Grammy in 1991 for Best Rap Performance by a Duo or Group. In 1992, the group won an American Music Award for Favorite New Artist- Rap/Hip Hop.

In 1993, the group released their third album, 19 Naughty III which featured the singles, “Hip Hop Hooray,” “It’s On,” and “Written on Ya Kitten.” This album also sold more than a million copies and was certified platinum and was nominated for a Grammy in 1993 for Best Rap Performance by a Duo or Group. In 1995, the group released their fourth album, Poverty’s Paradise which featured the singles “Clap Yo Hands,” “Craziest,” and “Feel Me Flow.” The album sold 500,000 units and was certified gold. The album won the group its first Grammy Award for Best Rap Album in 1996.

In 1999, Naughty By Nature released album five, Nineteen Naughty Nine: Nature’s Fury with the singles “Dirt All By My Lonely,” “Live or Die,” “Jamboree,” and “Holiday.” The album sold over 500,000 units and was certified gold. In 2002, the group released their sixth album, IIcons which featured the single “Feels Good (Don’t Worry Bout a Thing”). This album failed to sell 500,000 copies and shortly after its release the group disbanded to pursue solo careers.

In 2011, the group reunited, and they released their seventh album, Anthem Inc. The album featured the singles “Flags” and “Perfect Party” but it failed to sell over 500,000 units. Group member Trench also had an acting career which included the movies Juice (1992), The Meteor Man (1993), Jason Lyric (1994), and Love and a Bullet (2002). The group remains active in the entertainment business as of 2022.