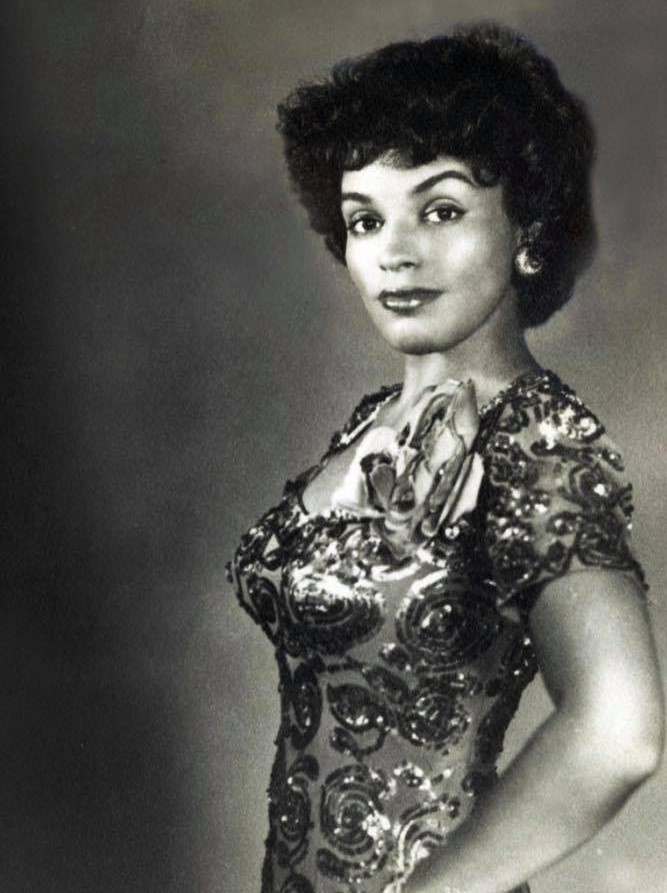 Mezzo-soprano Muriel Burrell Smith was born on February 23, 1923, in Harlem, New York City, to Sigourney Burrell Smith and Olive Gilmore Smith. At age 14, Muriel got an artistic boost when she appeared on The Major Bowes Amateur Hour that aired live every Thursday evening from 9 to 10 p.m. on the CBS Radio Theater in New York City.

In 1939, Smith was admitted for study to the Curtis Institute of Music in Philadelphia, Pennsylvania, a private conservatory for some of the world’s most talented young musicians. Smith was the first African American to study at Curtis where no tuition is charged for students enrolled in the institution. She graduated in 1946, in the same class as conductor Leonard Bernstein.

Smith made her début on Broadway in December 1943 in the title role of Carmen Jones, a version of Bizet’s Carmen with an African American cast. Smith performed in the play for 14 months while she was still a student at Curtis.

In 1949 Smith moved to London, England, where she starred in South Pacific and The King and I. She was known for being the uncredited ghost singer for Zsa Zsa Gabor in Moulin Rouge, the 1952 film biography of the painter Toulouse-Lautrec. In 1953, Smith’s single “Hold Me, Thrill Me, Kiss Me” was released on the Phillips Label. It did not chart in the United States, but it rose to no. 3 in the United Kingdom. And in 1954, theater critics in the U.K. ranked her among the leading recitalists and theatrical singers in the country.

The following year, 1955, she returned to the United States, where her work included dubbing for actresses in films. One year later, when Smith was back in the U.K. researching the opera Carmen at the Royal Opera House in London, she refused an offer by Samuel Goldwyn to star in a film version of Porgy and Bess, explaining that “It doesn’t do the right thing for my people.” In 1957, Smith left the stage to join Moral Re-Armament, a project devoted to creating a world community based on Christian values.

In 1960, Smith made The Crowning Experience, a film about the life of the African American educator Mary McLeod Bethune. The film, one of the first with a multiracial cast of equal billing, was credited with helping to integrate theaters in Atlanta, Georgia.

Fourteen years later, in 1974, Smith relocated to Richmond, Virginia, to care for her aging mother, and while in the city, she taught voice performance pedagogy at Virginia Union University. She also returned to the stage, appearing in several productions including Equus at Theatre IV on Broad Street in Richmond in 1984 and the world premiere ofSojourner Truth … Ain’t I a Woman? a year later at Hampton University in Hampton, Virginia. In 1985, Smith received the National Council of Negro Women’s award for women in the arts.

Muriel Burrell Smith, an international artist, died of cancer on September 13, 1985, in Richmond, Virginia. She was 62.