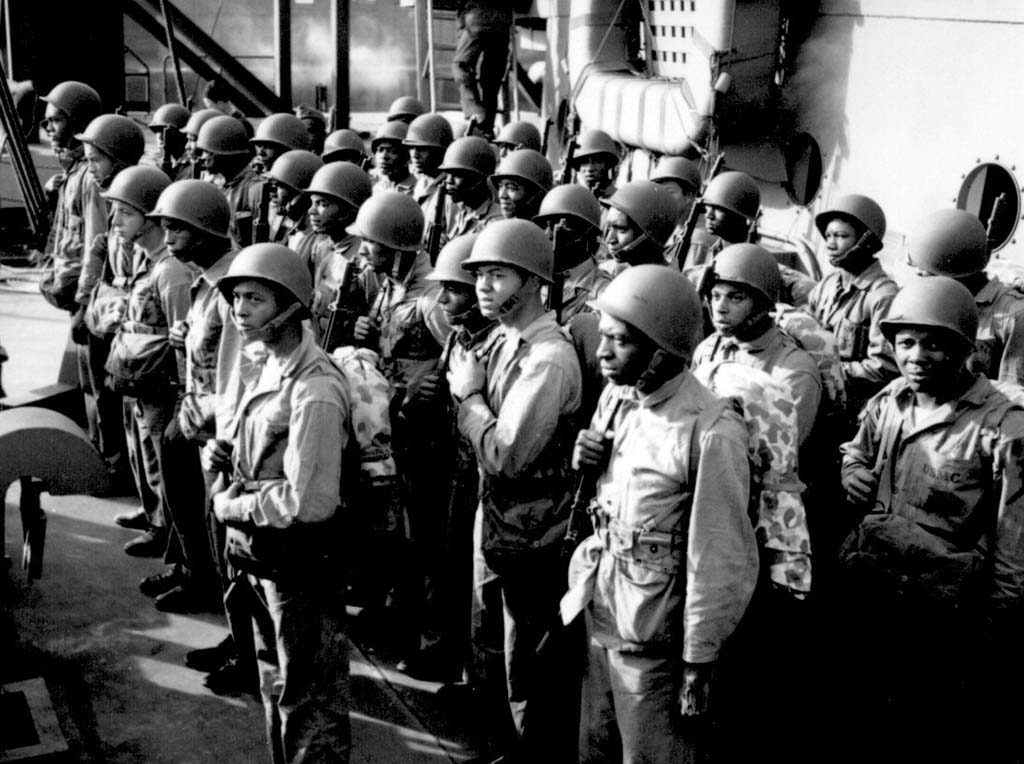 With the beginning of World War II African Americans would get their chance to be in “the toughest outfit going,” the previously all-white Marine Corps. The first recruits reported to Montford Point, a small section of land on Camp Lejeune, North Carolina on August 26, 1942. By October, only 600 recruits had begun training although the call was for 1,000 for combat in the 51st and 52nd Composite Defense Battalions.

Initially the recruits were trained by white officers and non-commissioned officers (NCOs) but citing a desire to have blacks train blacks, the Marines quickly singled out several exceptional black recruits to serve as NCO drill instructors. In January 1943, Edgar R. Huff became the first black NCO as a private first class. In February, Gilbert H. “Hashmark” Johnson, a 19-year veteran of the Army and Navy, became the first Drill Sergeant. By May 1943, all training at Montford Point was done by black sergeants and drill instructors (DIs), with Johnson as chief DI. Both Johnson and Huff would be renowned throughout the entire Marine Corps for their demanding training and exceptional leadership abilities.

The men of the 51st soon distinguished themselves as the finest artillery gunners in the Marine Corps, breaking almost every accuracy record in training. Unfortunately, discrimination towards African American fighting abilities still existed and when shipped to the Pacific, the 51st and 52nd were posted to outlying islands away from the primary action. The only Montfort Marines to see action, and record casualties, were the Ammunition and Depot Companies in Saipan, Guam, and Peleliu. Private Kenneth Tibbs was the first black Marine to lose his life on June 15, 1944.