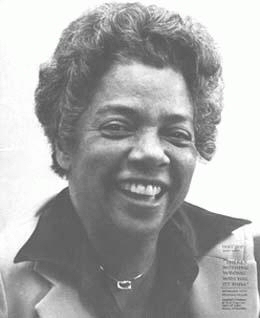 Dr. Rosalie Reddick Miller was the first African American woman dentist to practice in the state of Washington.  She was born on December 29, 1925 in Waycross, Georgia.  She attended the all-black public schools in Columbus, Georgia, and in 1946 received a B.A. from Fisk University in Nashville, Tennessee. She enrolled at Meharry Medical College and received her D.D.S. in 1951.  Returning to Columbus, she took over her father’s dental practice. Her husband, Dr. Earl V. Miller–who she married in 1947–practiced general medicine.

During the early 1950s and before the civil rights movement, Miller and her husband fought discrimination and segregation in Nashville.  She was an active participant in the struggle for voting rights and spearheaded a voter registration movement among blacks in the city.  After moving with her husband to the University of Iowa in 1957, she received a certificate in periodontology, and he received board certification in urology.  Rosalie Miller served on the faculty teaching dental hygiene.  In 1959, the Millers moved to Seattle.

From 1964 until 1971 Rosalie Reddick Miller practiced dentistry in Seattle at the Group Health Dental Cooperative.  She received a Masters in Public Health from the University of Washington in 1972, and for the next five years, she served as director of dental programs for the Community Health Board of Model Cities.  From 1976 until her retirement in 1991, Dr. Miller was Assistant Professor of Dentistry at the University of Washington in the Department of Oral Medicine. Despite these professional accomplishments, her greatest pride was in being the mother of five children and in being married to the same man for more than 50 years.