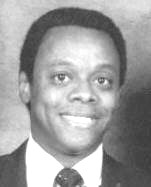 McDonald attended Wake Forest University where he earned his bachelor’s degree in 1977. After college, McDonald moved to Washington, D.C. hoping to find a job as a Congressional staffer.  Instead, he was hired as a staffer at the Environmental Policy Institute in 1979 (now called Friends of the Earth) where he worked for the next seven years. McDonald’s primary duties included media relations, public education, researching, lobbying, and fund raising. During this time, McDonald was introduced to environmental issues across the nation.  He also noticed that there were no black professionals working for environmental groups in the Washington, D.C. area. The absence of black professionals in those organizations inspired him to create the AAEA in 1985.

McDonald led the new organization in what would soon be known as urban environmentalism.  The organization promoted recycling, cleaning storm drains, weatherizing, and climate-auditing homes in working class neighborhoods in Washington, D.C. The Association’s activities usually created the first interest in environmental concerns in the capital’s inner city neighborhoods.

The AAEA has also sponsored creek walks, tours of inner city toxic waste sites, power plants, drinking-water plants, sewage treatment plants, and conservation farms, all with the idea of bringing together mostly white environmentalists with black inner city residents. The AAEA has also lobbied Congress and various state and local agencies to promote protection of the environment. McDonald himself has traveled to countries all over the world, including China and France, to tour nuclear power plants and examine alternate models for keeping the air clean and reducing global warming.

Because of his work in environmentalism, Norris McDonald has received various awards including the Environment Magazine Award in 1991, the Conservation award from the National Wildlife Federation in 1997, and the Green Room Energy and Environmental Leadership Award in 2012. In December 2012 he was named one of Ebony magazine’s Power 100, meaning one of the most influential African Americans in the nation.

McDonald was married to Kim-Lee Hawkins in 1991. They divorced in 1994. They had one child together, Sandy Norris McDonald III, whom McDonald is raising as a single parent.