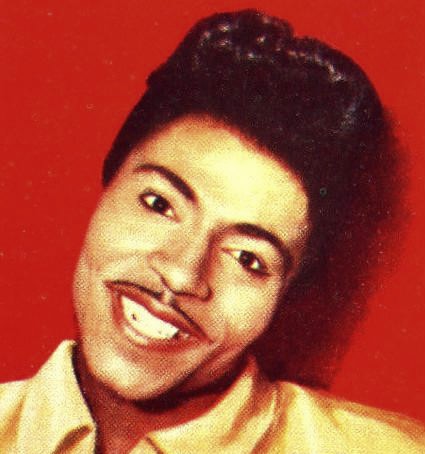 Richard Wayne Penniman, also known as Little Richard, is considered one of the most influential artists in the early years of rock and roll.  This singer, songwriter, and pianist was born in 1932 in Macon, Georgia, the son of Charles “Bud” Penniman and Leva Mae Stewart Penniman. His music interests began when he worked at the Macon City Auditorium where he saw acts like Cab Calloway. While working there he was asked to sing a duet with Sister Rosetta Tharpe, a well-known gospel singer, during one of her performances.  He agreed and proved very popular with the audience.  Soon after the duet he joined Dr. Hudson’s Medicine Show and played the piano as an accompaniment. He found a band when the singer I.A. Harris quit and the members asked Penniman to replace him. He continued the tour with them and was dubbed the title “Little Richard.”  In 1951, nineteen year old Little Richard Penniman signed with RCA Records and recorded his first single, “Every Hour.”

In 1952 Penniman’s father was murdered and Little Richard now became the family’s main source of income.  Penniman formed the first of two bands, the Tempo Toppers and the Upsetters to try to increase his audience and income.  In 1955 the Upsetters recorded the hit “Tutti Frutti” which garnered Penniman’s first national attention.  Then in February 1956 they released “Long Tall Sally” which reached the Top 10 chart by April.  With growing fame and income Little Richard moved his family and the band from Macon to Hollywood, California.   In 1957 Little Richard and the Upsetters recorded “Good Golly Miss Molly,” which also became a national hit and an instant rock and roll classic.  He also performed in two 1956 films, Don’t Knock the Rock and The Girl Can’t Help It where he sang the title song of the film.

In 1957, at the height of his career Penniman underwent a religious conversion, declared that he was a born-again Christian, and announced his retirement from secular music while on tour in Australia.  The following year he married Ernestine Campbell and by then performed only gospel music.  Richard Penniman would alternate between sacred and secular music for the remainder of his career.

Little Richard returned to rock and roll in 1963 and went on tour in Europe with the Beatles and the Rolling Stones.  Ironically his popularity began to decline just as the Beatles were emerging as the premier pop musical group in the world.   Penniman returned to the United States, and in 1964 started a new act called the Little Richard Show, hiring a little known guitarist named Maurice Jones who later achieved fame as Jimi Hendrix.

Little Richard Penniman, who touted himself among the founders of rock and roll, never again replicated the fame and fortune he experienced between 1955 and 1964.  As his career declined he became addicted to drugs and alcohol and according to a 1994 authorized biography, struggled with his homosexuality.  Penniman eventually broke his drug dependency and returned to gospel music in the 1980s although he continues to make cameo appearances on television and in the movies where he often performs his early hits.

In 1986 Penniman was one of the first seven inductees into the Rock and Roll Hall of Fame. He now has a star on the Hollywood Walk of Fame. Richard “Little Richard” Penniman passed away at his home in Tullahoma, Tennessee on Saturday, May 9, 2020, from bone cancer. He was 87 years old.