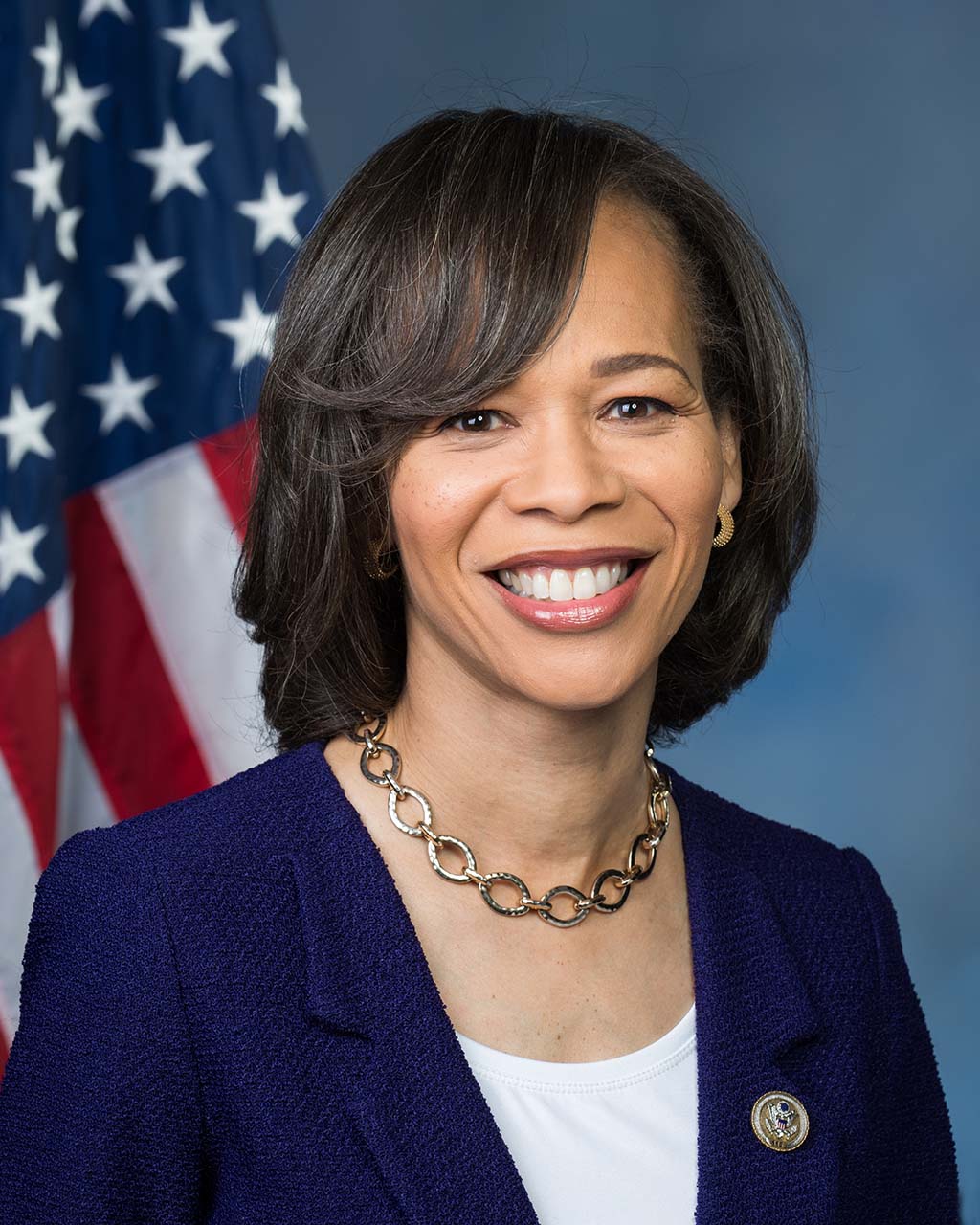 Lisa LaTrelle Blunt Rochester has served in the cabinet of two Delaware governors, including five years as Deputy Secretary of Health and Social Services and three years as the Secretary of Labor for Governor Tom Carper, and as State Personnel Director for Governor Ruth Ann Minner. She is the first woman and first African American to represent Delaware in Congress.

Blunt was born in Philadelphia, Pennsylvania on February 10, 1962 to Ted Blunt, a community activist and city councilman, and Alice LaTrelle, a retail worker. From the age of 7, she was raised in Wilmington’s Ninth Ward. She attended the University of Delaware, but in her sophomore year Blunt left school to marry and travel with her first husband, Alex Bradley, a professional basketball player.

In 1985, with a young son at home, Blunt Rochester completed a Bachelor of Arts in International Relations from Fairleigh Dickinson University. She earned a master’s degree in Urban Affairs and Public Policy from the University of Delaware in 2002.

Pregnant with her second child in 1988, Blunt sought out a summer internship from then Congressman Carper during a town hall, which lead to a position as a constituent relations caseworker. Her career in politics advanced along with Carper’s as he became governor in 1992 and continued to progress under Minner’s 2001 governorship.

In 2003, she divorced and left government to take a position as the CEO of the Metropolitan Wilmington Urban League.

Blunt married businessman Charles Rochester in 2006 and while living abroad once again, co-wrote Thrive: Thirty-four Women, Eighteen Countries, One Goal. The book, about women and re-invention, would be needed when her husband died unexpectedly in 2014 from blood clots.

Widowed, looking to start over, primed by her own time in government, her father’s 16 years on the Wilmington city council and 8 years as council president and concerned about the condition of her state and her country, Blunt Rochester decided to run for Congress in 2016. She won a four-way Democratic primary before besting Republican Hans Reigle in the general election to become Delaware’s At-large congressperson. She won a second term with over 60% of the vote in 2018.

Congresswoman Blunt Rochester focuses her attention on many areas including wage equality, the “future” of work, and reproductive rights. A respected voice in Congress on economic and work-related issues, she is assistant whip for House leadership; sits on the House Committee for Energy and Commerce; is a member of the bipartisan Heroin Task Force, the Congressional Progressive Caucus, the Congressional Black Caucus, and the New Democrat Coalition’s Future of Work Taskforce. She founded the Congressional Future of Work Caucus.

Blunt Rochester resides in Wilmington near her son Alex and daughter Alyssa.