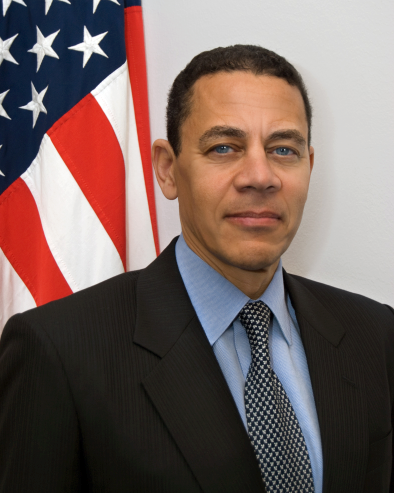 William E. Kennard is a telecommunications expert, attorney, and American diplomat. He was born in Los Angeles, California, on January 19, 1957, to his father, Robert Kennard, an architect, and his mother, Helen King, an elementary school teacher. William attended Stanford University, receiving his bachelor’s degree in communications in 1978, and Yale Law School, earning his juris doctor degree in 1981.

Kennard began his professional career as an attorney at the multinational law firm Verner, Liipfert, Bernhard, McPherson, and Hand (now DLA Piper), headquartered in New York City, New York. He left the firm as partner and member of the board. He would later establish a career in government service as a general counsel at the Federal Communications Commission (FCC), the regulator of the telecommunications industry, from 1993 to 1997. In 1997 President Bill Clinton tapped Kennard to become chairman of the FCC, making him the first African American in history to hold that post.

During his time at the FCC, Kennard focused on ensuring that those in difficult, vulnerable, or hard-to-reach areas were given opportunities to access the power of technology to better their lives. Under his leadership, the FCC refocused on its E-Rate program which ensured that schools and libraries were able to obtain affordable broadband. The FCC invested over $6 billion to bring the Internet to 95 percent of U.S. K-12 schools and 58,000 libraries. Additionally, Kennard created a Disabilities Rights Office within the FCC to expand access to communications technologies for people with disabilities, and he adopted policies to increase telephone service to rural areas, especially for Native Americans living on tribal lands. He also led efforts to create more ownership and employment opportunities for women and minorities in the telecommunications sector.

Kennard’s service to the FCC ended in 2001, after which he became managing director of the Carlyle Group, a global private equity firm where he specialized in investments in the telecommunications and media sectors.

In 2009 President Barack Obama nominated Kennard to serve as U.S. Representative to the European Union (EU) with rank of ambassador. After Senate confirmation, Ambassador Kennard traveled to Brussels, Belgium, home-base of the EU, where he led U.S. efforts to reinvigorate and strengthen its relations with EU countries. He led the U.S. effort to help the EU in promoting transatlantic trade and investment and to eliminate excess regulatory barriers to international commerce. During this time, Ambassador Kennard was a key force behind the 2013 decision to launch negotiations on the Transatlantic Trade and Investment Partnership which aimed to expand trade and investment across the Atlantic, and which was later signed into law by the U.S. Congress in 2015.

In 2013 upon completion of his time in Brussels, Ambassador Kennard returned to the United States and to private sector work, including serving on multiple boards such as AT&T, Inc., Ford Motor Company, Metropolitan Life Insurance Company, Inc., (MetLife), Inc., and Duke Energy Corporation; as well as the Yale University Board of Trustees. His leadership and contributions have also been recognized through many honors, including awards from the Congressional Black Caucus Foundation, the Easter Seals Foundation, the Hispanic Chamber of Commerce, and honorary degrees from Howard University, Long Island University, and Gallaudet University.

Ambassador Kennard is married to Deborah Diane Kennedy. The couple have one son, Robert.