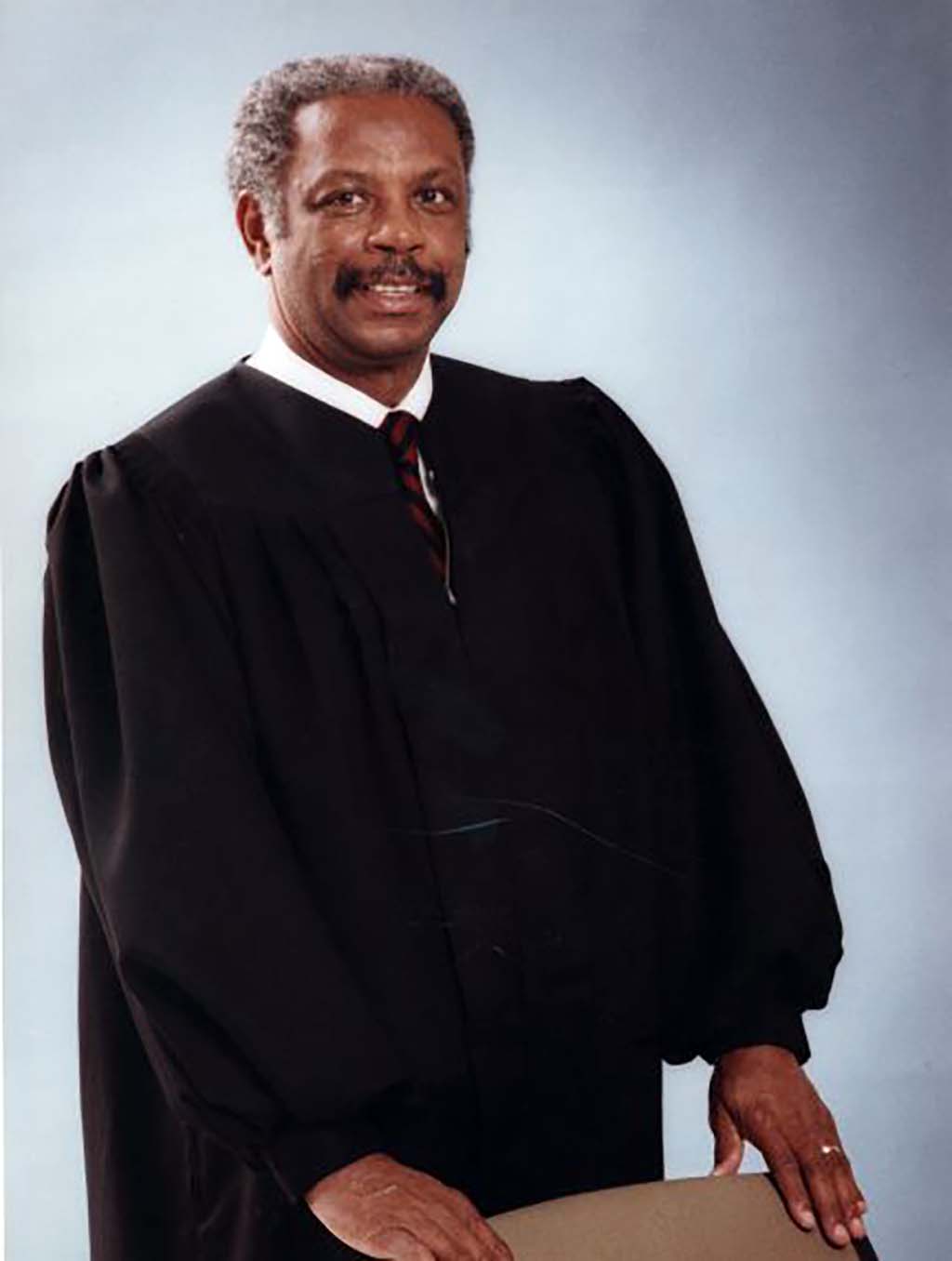 U.S. Appeals Court Judge Damon Jerome Keith, the son of Perry A. and Annie L. (Williams) Keith, was born in Detroit, Michigan on July 4, 1922. He earned a B.S. degree at West Virginia State College in 1943, an L.L.B. from Howard University in 1949, and LL.M. from Wayne State University in 1956. His experiences in the then-segregated military reinforced his interest in the law and his commitment to fight segregation. Between 1952 and 1956 he was an attorney in the Office of the Friend of the Court in Detroit. He served on the Wayne County Michigan (for which Detroit is the seat and largest city) Board of Supervisors and the Detroit Housing Commission from 1958 to 1963 before entering a private law practice with a Detroit firm, from 1964 to 1967. He was politically and socially active in the Democratic Party and the NAACP.

In 1967, President Lyndon Johnson appointed him to a U.S. District Court in Michigan. Four years later, Keith ruled against President Richard M. Nixon in a case involving wiretaps of phone conversations of a political activist. The protestor had been suspected of bombing a branch of the CIA in Ann Arbor, Michigan in 1968. President Nixon authorized the wiretaps on the suspect’s telephone. But Judge Keith ruled that wiretaps violated the Fourth Amendment of the U.S. Constitution. Such wiretaps, he said must be approved by a court of law. Keith also declared that “the president is of course, still subject to the constitutional limitations imposed upon him by the Fourth Amendment.” In United States v. Sinclair, the United States Supreme Court upheld Keith’s decision unanimously. In 1977, Keith was elevated the U.S. Court of Appeals for the Sixth District by President Jimmy Carter. He partially retired as a senior judge in 1995.

As an indication of the extent of Keith’s respect as a jurist and a patriot, Chief Justice William Rehnquist, a “conservative,” named Keith to the Committee on the Bicentennial of the Constitution in 1985. Among the other members of the 12-person group was former Chief Justice Warren E. Burger. The committee was formed to develop activities to celebrate the 200th anniversary of the Constitution and the Bill of Rights, and continued in existence until 1991. Among Keith’s honors and awards are the American Bar Association’s Thurgood Marshall Award (1997); a Distinguished Public Service Award from the National Anti-Defamation League; the Edward J. Devitt Award for Distinguished Service to Justice (1998); and the NAACP’S highest award, the Spingarn Medal. He was also a member of Sigma Pi Phi and Alpha Phi Alpha Fraternities.