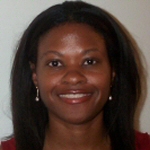 Angela Hornsby-Gutting is assistant professor of history at the University of Mississippi, where her specialties include African American gender identity within the early 20th century South. Her Ph.D. in history is from the University of North Carolina at Chapel Hill. Hornsby-Gutting is the author of several articles and essays on the African-American experience, including “Gender and Class in Post-Emancipation Black Communities,” in the Blackwell Companion to African-American History, Alton Hornsby, Jr., editor (Blackwell Publishing, 2005) She is completing a book-length manuscript which employs feminist analysis to assess African-American male identity and community building in North Carolina during Jim Crow. She is also, within the same historical period, exploring constructions of romantic love among African American southerners.

Elaine Jones, the first woman to administer the National Association for the Advancement of Colored People Legal Defense and Education Fund (NAACP-LDF), was born in Norfolk, Virginia on March 2, 1944, the daughter of a railroad porter and a school teacher. She received a Bachelor … END_OF_DOCUMENT_TOKEN_TO_BE_REPLACED

U.S. Appeals Court Judge Damon Jerome Keith, the son of Perry A. and Annie L. (Williams) Keith, was born in Detroit, Michigan on July 4, 1922. He earned a B.S. degree at West Virginia State College in 1943, an L.L.B. from Howard University in 1949, … END_OF_DOCUMENT_TOKEN_TO_BE_REPLACED

Former State Legislator and Mayor Willie Lewis Brown Jr. was born in Mineola, Texas, to Willie L. Brown, Sr., and Minnie (Boyd) Lewis on March 20, 1934. After migrating to San Francisco, California in 1951, Brown worked as a janitor in order to subsidize his … END_OF_DOCUMENT_TOKEN_TO_BE_REPLACED

Joycelyn Elders, the former U.S. Surgeon General, was born Minnie Lee Jones in Schaal, Arkansas on August 13, 1933, to Curtis and Hailer Jones; she added the name Joycelyn when she was in college. As the eldest of eight children of sharecroppers, Joycelyn Elders experienced extreme poverty in segregated, … END_OF_DOCUMENT_TOKEN_TO_BE_REPLACED

Jacqueline Harrison, the Sheriff of Fulton County (Atlanta), Georgia, was born on November 4, 1940 in Charlotte, North Carolina, to Cornelius and Ocie Perry Harrison. In 1972, she earned her bachelor’s degree in sociology, concentrating in criminology. She received a master’s degree in criminology from … END_OF_DOCUMENT_TOKEN_TO_BE_REPLACED

Image Courtesy of Michigan Department of Transportation Richard Henry Austin was born on May 6, 1913 in Stouts Mountain, Alabama, the son of Richard H. and Leila (Hill) Austin.  Austin shined and sold shoes while studying at the Detroit Institute of Technology at night.  After … END_OF_DOCUMENT_TOKEN_TO_BE_REPLACED

Deborah Batts was a U.S. District Court Judge for the Southern District New York for twenty-five years. She received degrees from Radcliffe College and Harvard University Law School.  Batts began her legal career with the firm of Cravath, Swaine, and Moore in New York City.  … END_OF_DOCUMENT_TOKEN_TO_BE_REPLACED