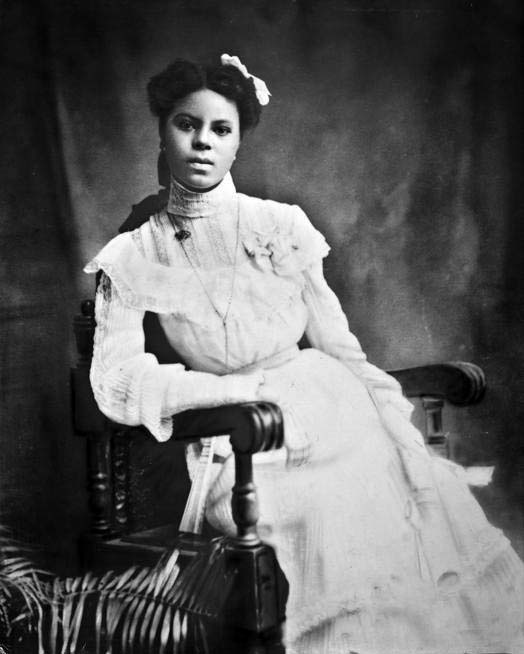 Lucy (Lucile) Berkeley Buchanan Jones was the first African American woman to graduate from the University of Colorado.  Buchanan was born on June 13, 1884, on the second floor of the family’s mule and horse barn in the town of Barnum, southwest of Denver, Colorado.  She was the daughter of Sarah Lavinia and James Fenton Buchanan, emancipated slaves from adjoining plantations in northern Virginia. Sarah and James Buchanan were married in 1872. Within ten years of their marriage the couple, and their four Virginia-born children, migrated to Colorado.

When the Buchanans arrived in Colorado in 1882, Lucile’s mother, Sarah, bought five lots of land in an unincorporated area outside the Denver city limits from P.T. Barnum of the Barnum and Bailey Circus.  The Buchanans were one of three black families in this predominately first-generation European immigrant community.

In 1903, 19-year-old Lucile enrolled in the two-year teacher certification program at the Colorado State College for Education at Greeley (now University of Northern Colorado), which she completed two years later.  Lucile then began her teaching career in the Denver Public Schools system. In 1914, Lucile took a teaching position at Arkansas Baptist College, a small black institution in Little Rock.

Shortly after graduation Buchanan traveled to Winston Salem, North Carolina to join her husband, John Dotha Jones, the principal at Slater Industrial and State Normal School (now Winston Salem State University), whom she apparently married in Little Rock sometime in 1914.  The marriage was brief and Lucile and John were often separated.  Buchanan Jones left her husband and Winston Salem in 1920 and became an English teacher at the all-black Lincoln High School in Kansas City, Missouri.  John died in 1927 in Davie County, North Carolina. Lucile never remarried nor had any children.

By 1930 Buchanan Jones had relocated to Chicago where she became a teacher at the Stephen A. Douglas School on the city’s Southside.  She also took graduate courses at the University of Chicago, enrolling in her last class in 1941 at the age of 57.  In 1949 Buchanan Jones retired from the Chicago Public School system and returned to the Denver home her father had built for the family in 1905.  Lucile Berkeley Buchanan Jones died in Denver on November 10, 1989, at the age of 105.