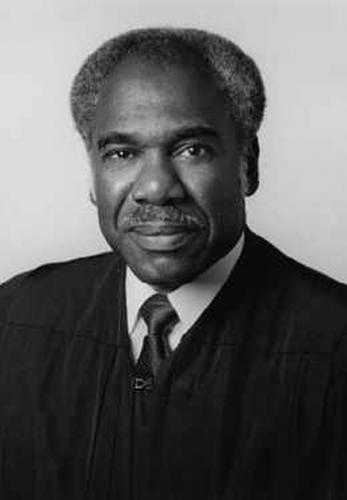 In 1957, after earning his law degree, Johnson joined the leadership of the Seattle Chapter of the NAACP.  He quickly demonstrated his abilities to bring in new membership and was a respected leader in the organization.  By 1959 he had been named president of the branch.  Johnson served as the president of the Seattle NAACP until 1964.  For several of these years, he was also active in the Central Area Civil Rights Committee, a coalition of civil rights leaders in the area. During his time as leader of the local NAACP, Johnson helped mobilize thousands of people to protest racial segregation and discrimination in Seattle.  One of his efforts, a demonstration for open housing in the city, resulted in the passing of the Open Housing Ordinance in 1968.

Johnson’s distinguished career continued when in 1969 he was appointed Seattle Municipal Court Judge, a position he held until 1980.  In 1981, Johnson was appointed to the King County Superior Court by Governor Dixie Lee Ray. He served as a Superior Court Justice until his retirement in 1998 and was instrumental in the reorganization of the court and the clearing up of a backlog of over 68,000 cases.

In 1968 Johnson became a founding member of the Loren Miller Bar Association and in 1990 he established the Youth and Law Forum (now the Judge Charles V. Johnson Youth and Law Forum) at his church, First African Methodist Episcopal (AME) Church, to introduce the young people of the church to occupations in law enforcement.  Over time it evolved into an effort to reduce police-black community tensions.

Judge Charles Vernon Johnson, a member of Sigma Pi Phi fraternity, died in Seattle on December 29, 2020 at the age of 92.