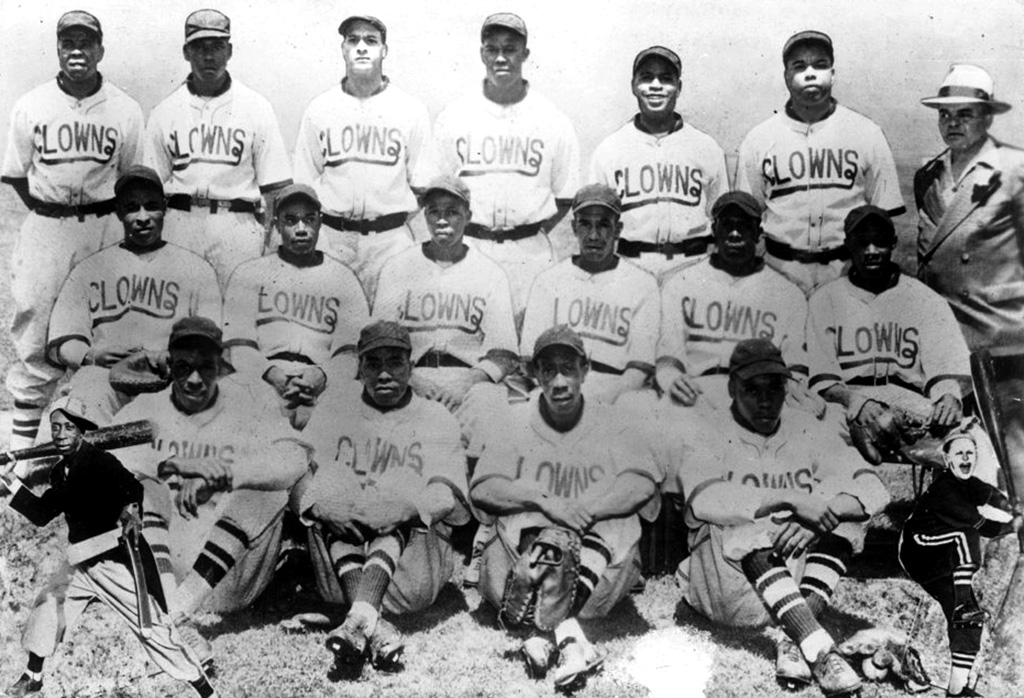 Operating for 59 years, the Indianapolis Clowns, a Negro American League baseball team, was the longest playing black professional team in U.S. history. They were also the first team to have black women and white men as players. In the early years of this team, they changed names a few times from the Miami Giants that played in Miami, Florida in the Independent League and owned by Hunter Campbell and Johnny Pierce, to the Miami Ethiopian Clowns in the Negro Major League, and were known as the Harlem Globetrotters of baseball. The Clowns, like almost all established Negro League teams, struggled with attendance during the Great Depression. They, however, were the first to add comedy as an incentive to attract audiences. A player would often throw under his legs, or behind his back, while another read a newspaper at shortstop or first base. A catcher sat in a rocking chair while still able to throw out runners trying to steal second base.

In 1941, the Clowns won 125 games during the regular season, and the post-season Denver Post Tournament, with Buster Haywood as catcher and MVP. McKinley “Bunny” Downs was hired as field manager of the Clowns in 1942, and by 1943, the team relocated to Cincinnati, and became the Cincinnati Clowns. They joined the Negro American League and played for twelve years in that circuit before withdrawing in the 1954 season.

Between 1944 and 1945, the team operated between Cincinnati and Indianapolis, and officially moved to Indianapolis in 1946 where they played under the name, Indianapolis Clowns, for the duration of their existence. They also rejoined the Independent League and won their first league championship in 1950.

In 1951 the team signed Marcenia Lyle “Toni” Stone, the first woman of any race to play for a major professional baseball team. After selling Stone to the Kansas City Monarchs, the team signed two replacements, second baseman Connie Morgan and Mamie “Peanuts” Johnson, pitcher. The women often served as umpires for team games as well. In 1952 the Clowns signed seventeen-year-old shortstop and cleanup hitter Hank Aaron, who played three months before being purchased by the Boston Braves for $10,000.

The Clowns won the league championship in 1950, 1951, 1952, and 1954. During those years it acquired star players Hubert “Big Daddy” Wooten, DeWitt “Woody” Smallwood, Reese “Goose” Tatum, as well as future major league players John Wyatt, “Clarence Choo-Choo” Coleman, Paul Casanova, and Hal King. Owner Syd Pollock sold 40% of his interest to Ed Hamman, and by 1965, he sold the rest of his interest to Hamman for $3,885, making him the sole owner of the team. The Clowns acquired their first white player, Jim Cohen, in 1968, starting the integration of the team.

In 1971, the players received no salary, but received just $4.00 a day in meal money. The 1976 movie The Bingo Long Traveling All Stars & Motor Kings is loosely based on the history of the Indianapolis Clowns. The movie featured James Earl Jones, Richard Pryor, and Billy Dee Williams. Hamman sold the team to George Long in 1972 and he operated the team until 1983, when he sold the Clowns to Dave Clark and Sal Tombasco. The Indianapolis Clowns folded in 1989.