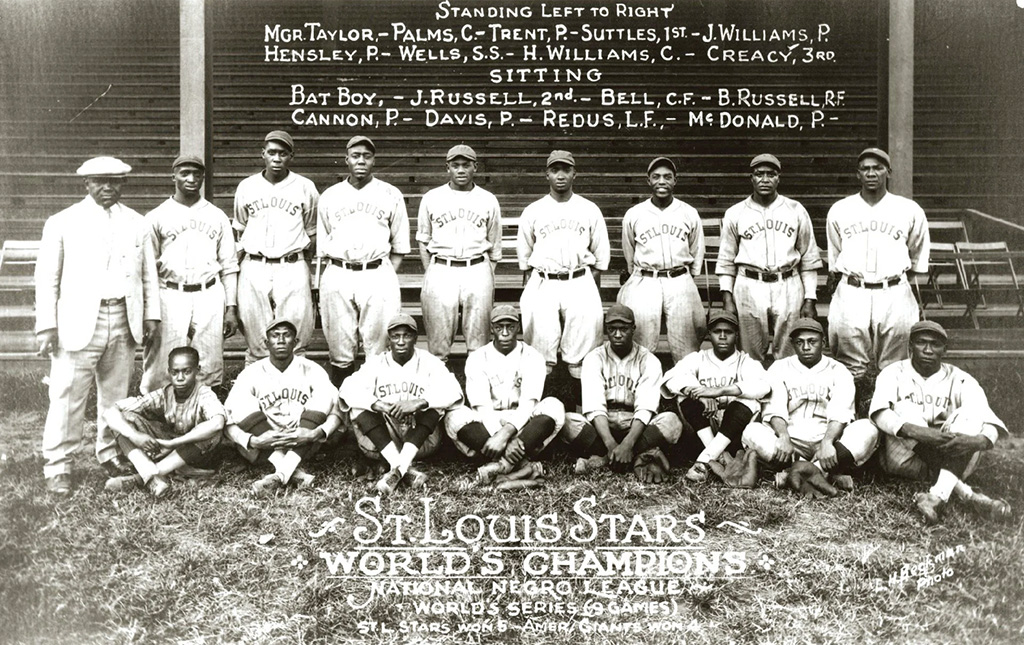 The St. Louis Giants won the 1912 and 1913 St. Louis City League Championships but were unable to beat the top ranked Indianapolis ABC’s and the Chicago American Giants in the western championship in the following years. By 1920, the Giants finished sixth in an eight-team league, with a 25-32 record. The team, now in the newly formed National Negro League, acquired star center fielder Oscar Charleston in 1921 and he helped the Giants surge to second place with a 40-28 record. After the 1921 season, team owner Mills sold the team to Dick Kent and Dr. Sam Sheppard who renamed it the St. Louis Stars. The Stars played in Stars Park, one of the few facilities built especially for a Negro League team.

The Stars inherited most of the Giants roster with the exception of Charleston. It dropped to fourth place in 1922, with a 35-26 record, and in 1923 the team fell to sixth place, with a 28-44 record. Later in the year the team acquired several players from the Toledo Tigers, as well as new manager and third baseman Candy Jim Taylor. Taylor later brought in left-handed pitcher Cool Papa Bell, first baseman Mule Suttles, shortstop Willie Wells, and pitcher Ted Trent. By 1924, the team rose to fourth place in the league, at 42-34, and by the following year they rose to second place, with a 38-12 record. Taylor left in 1926, and the team fell to 49-30, in third place. Taylor returned to the team in 1927, bringing the Giants back to firth place in 1928, with a 66-26 record. The team won two more pennants before folding with the NNL in 1931.