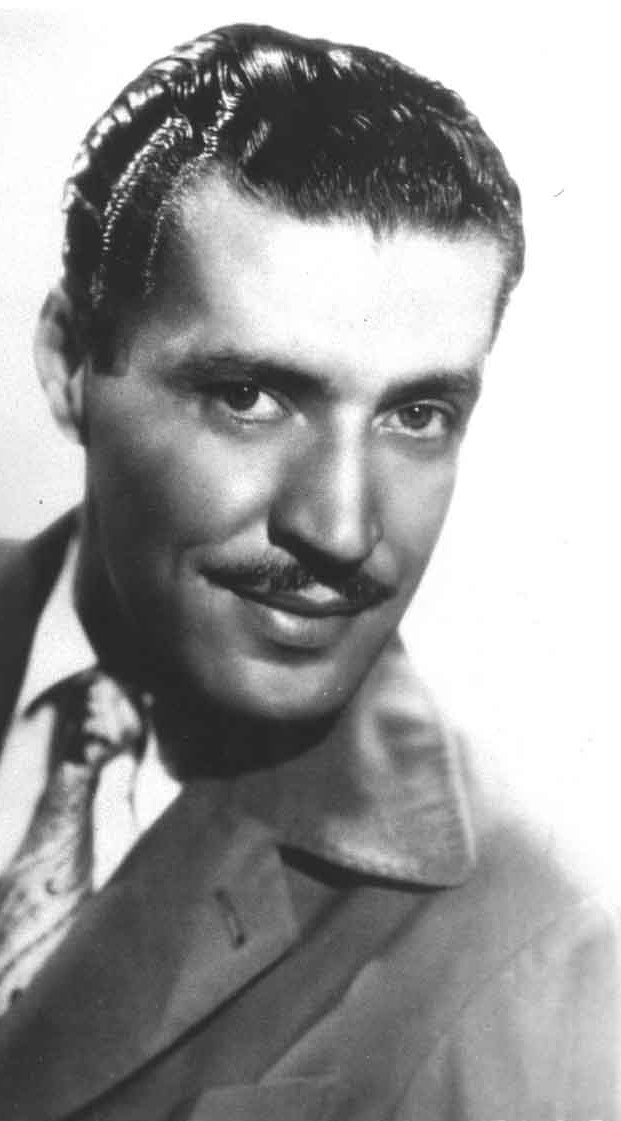 Herb Jeffries, baritone jazz balladeer and first black singing cowboy in the movies, was born Umberto Alexander Valentino on September 24, 1913 in Detroit, Michigan, to a mixed-race father and an Irish-born mother.  His mother operated a boarding house and raised her son alone.  His grandfather had a small dairy farm in Port Huron, Michigan, where Jeffries learned to ride a horse.

Jeffries started singing professionally with Erskine Tate’s Vendome Orchestra at the Chicago Savoy Dance Hall and, at the urging of Louis Armstrong, decided to relocate to Chicago, Illinois, where the young teen met and toured with bandleader Earl Hines in 1933.  He made several recordings with the Hines band, including Just to Be in Carolina.

In the mid-1930s westerns began to dominate the Saturday afternoon matinee screens, making stars of singing cowboys like Gene Autry and Roy Rogers. African Americans, however, rarely appeared in these films.  To tap into the black movie-going market, independent producer Jed Buell reluctantly hired Jeffries as a singing cowboy.  Although Jeffries could ride, act and sing, Buell was concerned that Jeffries’s light skin would not appeal to black audiences. To remedy this situation Jeffries wore makeup to darken his skin.

Jeffries’s first film, Harlem on the Prairie, appeared in 1937, followed by Two-Gun Man from Harlem, The Bronze Buckaroo, and Harlem Rides the Range. Jeffries sang and performed his own stunts as “Bob Blake” in these low-budget movies with an all-black cast.  Those films brought Jeffries stardom, whereupon he and the Four Tones, his backup singers from the westerns, began touring around the country in his steer-horned Cadillac.

After his last film debuted in 1939, Jeffries joined the Duke Ellington Orchestra.  He made several recordings with Ellington, including “Flamingo.” In 1941, before he was drafted into the U.S. Army in World War II, Jeffries appeared in an off-Broadway musical revue, Jump for Joy.  Assigned to a Special Services Company during the War, Jeffries entertained the troops. After the War Jeffries released several more records.

In the early 1950s Jeffries moved to France, where he performed at The Flamingo, a jazz club in Paris. He later opened a similar club in southern France.  In 1957 a call from Hollywood, to play in the film Calypso Joe, enticed Jeffries to return to the United States.  Jeffries moved to Los Angeles, California in 1960.  In 1967 Jeffries wrote, produced and directed Mundo Depravados, which starred his second wife, exotic dancer Tempest Storm. Jeffries also appeared in several television series; including The Virginian, I Dream of Jeannie, and Hawaii Five-O.  In 1971 Jeffries appeared in the movie Chrome and Hot Leather, and in 1977 he had a role in Portrait of a Hitman.  In 1995, at the age of 81, Jeffries recorded an album of western songs.

In 1998 Jeffries received a Golden Palm Star, as well as a star on the Hollywood Walk of Fame.  In 2004 Jeffries was inducted into the Western Performers Hall of Fame at the National Cowboy & Western Heritage Museum Oklahoma City, Oklahoma.