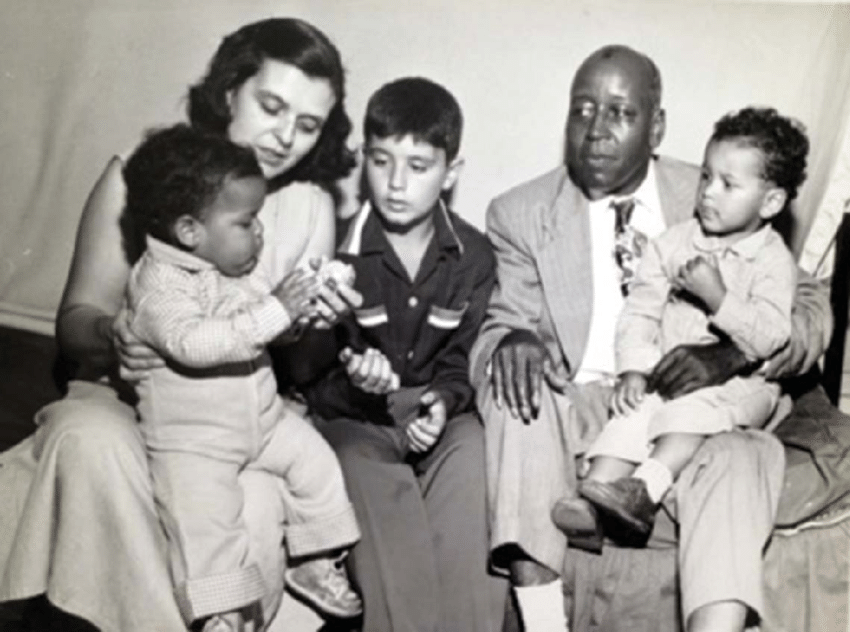 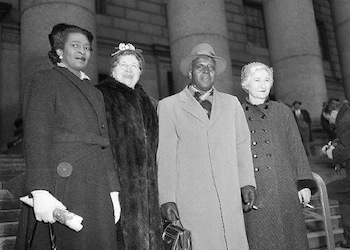 U.S. Communist Party leader Pettis Perry was born on January 4, 1897, on a tenant farm near Marion, Alabama. His mother died when he was a small child and he was raised by his aunt and uncle. Perry’s education was cut short by poverty in the family. He stopped attending school at age ten and worked for several years on the farm. Growing up in the rural South exposed him to violence against African Americans. He witnessed a brutal beating of a chain gang worker and the killing of a coal miner.

Perry left the Alabama farm at age 20 and traveled throughout the country from 1917 to 1932 looking for employment. He worked in an auto plant in Muskegon, Michigan, a Chicago, Illinois packinghouse, and a cannery in Alaska. He also toiled in agricultural fields throughout California.

Seeking industrial employment in Los Angeles, Perry got a job at a cottonseed mill in the spring of 1932.  There he met members of the International Labor Defense (ILD), the legal arm of the American Communist Party. They acquainted him with the struggle to free the “Scottsboro Boys,” nine black youth slated for execution because of allegations that they had raped two white women on a freight train in Alabama. Perry quit his job and joined ILD. He overcame his lack of formal education by memorizing Party speeches and resolutions and reading The Communist Manifesto, as well as works by Vladimir Lenin and W.E.B. DuBois.

From 1934 to 1936, Perry served as Executive Secretary of the California-Arizona district of ILD. He was appointed Chairman of the Los Angeles County Communist Party in 1938. The same year he ran as the first black candidate for the State Board of Equalization, receiving over 50,000 votes.  Perry became chairman of the California Communist Party in 1941 and as such was one of its highest ranking black officials.  In 1942 he was the first black candidate for California State Secretary, getting more than 40,000 votes.

Perry moved to New York in 1948 and was appointed secretary of the Party’s Negro Work Commission. He recommended programs that promoted job opportunities, equal pay, and union membership. Perry submitted a report to the National Committee of the Party (its governing body) in which he accused whites on local and district committees of undermining the Party’s campaign against racism. In 1950 he won election as an alternate member of the National Committee.

The 1950s Red Scare interrupted Perry’s political activism.  In 1951, he and 16 other Communist leaders were indicted under the Smith Act for allegedly advocating the overthrow of the United States government. Two years later, a federal jury found Perry and 12 other defendants guilty. Sentenced to three years in prison, he was released in May 1957.

Perry returned to California and served on the Communist Party’s Southern California District Board. He gave the opening speech at the Conference on Negro Affairs in October 1957 where he charged that the Party had isolated itself from African Americans and urged members to join civil rights organizations.

Pettis Perry died of heart disease in a hospital in Moscow, capital of the then Soviet Union, on July 24, 1965 at the age of 68. He was survived by his wife and three sons.