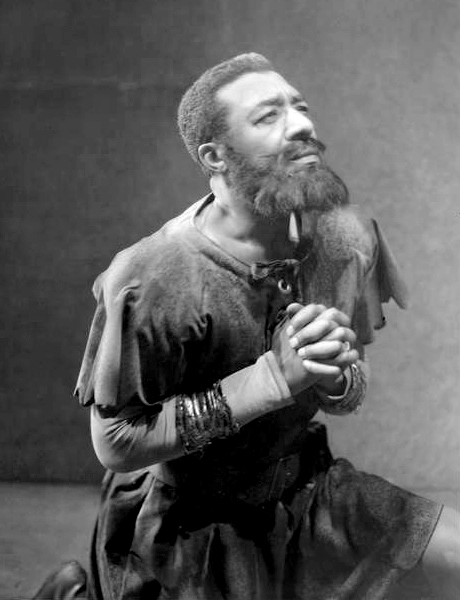 Daniel Haynes is best remembered for his portrayal of the preacher in the 1929 film Hallelujah, one of the earliest Hollywood films to examine black culture in America. Born in Atlanta, Georgia in 1894, Haynes made his screen debut as a bit player in the film John Smith (1922). Due to limited acting opportunities for black actors, Haynes would not appear in another film until the end of the decade. In the interim he made a presence on stage, appearing in such productions as Bottom of the Cup, Brother Elijah, and The Green Pastures.

He later acted as understudy for Paul Robeson during the stage production of Show Boat. It was Haynes’s baritone vocal abilities in Show Boat that landed him his sophomore film role as the leading character, “Zeke,” in director King Vidor’s all-black cast musical Hallelujah. In a role originally intended for Robeson (who had other commitments), Haynes portrays a God-fearing cotton picker turned preacher who yields to the gold-digging temptress, “Chick” (portrayed by Nina Mae McKinney). Although not well received during its initial debut, today Hallelujah is considered one of the most pivotal dramatic explorations of black life in the South due to its genuine depiction of African American folklore, rhythms, rituals, and religions.

Daniel Haynes appeared in other films directed by Vidor, although his subsequent roles were less compelling. So Red the Rose (1935), in which he portrays the stately house servant, “William,” was one of his last major film appearances. Set during the Reconstruction period, the film examines how the color caste hierarchy perpetuates intra-race conflict between two former slaves, a fair-skinned house servant (portrayed by Haynes) and dark-skinned field hand (portrayed by Clarence Muse). While Haynes maintained a screen career during the 1930s, he received more notability in theatre productions such as Androcles and the Lion, which opened at Harlem’s Lafayette Theatre in 1938.