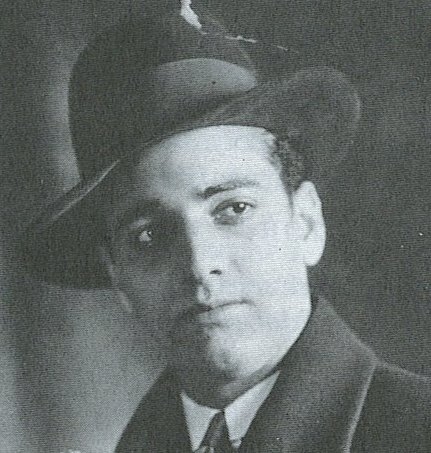 In an era when both movies and audiences were segregated, Lorenzo Tucker became African America’s leading man. Tucker was born in Philadelphia in 1907 to parents John and Virginia Lee Tucker. Lorenzo Tucker studied photography in trade school and briefly attended Temple University, where he appeared in plays. He went on to work as a straight man in minstrel shows with blue’s singer Bessie Smith and actor/comedian Stepin’ Fetchit (Lincoln Theodore Monroe Andrew Perry).

It was during a performance that pioneer filmmaker Oscar Micheaux spotted Tucker and persuaded him to consider acting in movies. In 1927, Tucker made his debut in Micheaux’s A Fool’s Errand. Tucker appeared in subsequent films in which he portrayed distinguished characters, such as a motion picture producer in The Wages of Sin (1928); a captain in A Daughter of the Congo (1930); and a lawyer in The Black King (1932). In 1933, he received his first minor Hollywood role in The Emperor Jones (1933) starring Paul Robeson.

In the 1942, Tucker was drafted into the army where he staged more than a dozen shows in the United States and Europe. After being discharged in the mid 1940s, he maintained a position as an autopsy technician in a medical examiner’s office and returned to working in independently produced all-black cast films produced by Micheaux and other independent black filmmakers. In the early 1960s, he founded the racially-integrated Negro Drama Players, a group that toured the South with black versions of Broadway shows.

In the mid-1970s, Lorenzo Tucker relocated to Los Angeles in an attempt to revive his film career. Having little success, he began a career in photography, becoming active in preserving the history of black film.

Tucker remains an important part of film nostalgia, as he was one of the few actors to depict African Americans as dignified individuals during a time when the black race was limited to less than desirable film roles. Tucker died in Los Angeles, California in 1986 after a long bout with lung cancer.