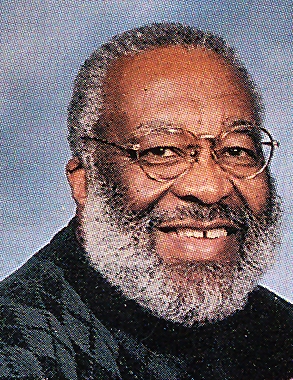 Vincent G. Harding, civil rights leader, teacher, scholar, engaged citizen, and seeker was especially noted for his close association with Dr. Martin Luther King, Jr. and his decades of social justice work. Harding was born on July 25, 1931 in Harlem. His mother Mabel Harding was one of the most influential people in his life. In 1960, he married Rosemarie Freeney Harding (1930-2004) in Chicago, Illinois. The couple had two children, Rachel and Jonathan.

Harding’s education included a City College of New York B.A. in history in 1952; Columbia University M. S. in journalism in 1953 and a University of Chicago M. A. in history in 1956 followed by a Ph.D. in history nine years later. Harding was the author of numerous books, including There Is a River (1981), Hope and History (1990), and Martin Luther King: The Inconvenient Hero (1996). Harding taught at University of Pennsylvania, Spelman College, Temple University, Swarthmore College, Pendle Hill Study Center, and Iliff School of Theology in Denver, Colorado.

Vincent and Rosemarie Harding moved to the South in 1961 for direct involvement in the black freedom struggle. In the 1960s Harding assisted Dr. Martin Luther King, Jr., in a variety of ways but most notably in the writing of King’s 1967 “Beyond Vietnam” speech. Harding served as the Martin Luther King Jr. Memorial Center’s first director in 1968 and one year later established and directed the Institute of the Black World, both in Atlanta, Georgia.

As representatives of the Mennonite Central Committee, the Hardings founded Mennonite House in Atlanta. They also organized the first multiracial delegation to Nicaragua through Witness for Peace in 1983. They were advisers for the PBS (Public Broadcasting System) television series Eyes on the Prize, documenting the civil rights movement in 1986. The Hardings established the Veterans of Hope Project in Denver in 1997, an educational initiative bringing together religion, culture, and participatory democracy.

In retirement, Harding was Professor Emeritus of Religion and Social Transformation at Iliff School of Theology in Denver. He continued his work through the Veterans of Hope Project and in other ways that foster participatory learning. His consultancy to the Greensboro Truth and Reconciliation Commission in North Carolina in 2004 was one example. Harding left a legacy to those activists who sought social and racial justice.

Vincent Gordon Harding died in Philadelphia, Pennsylvania on May 19, 2014. He was 82.