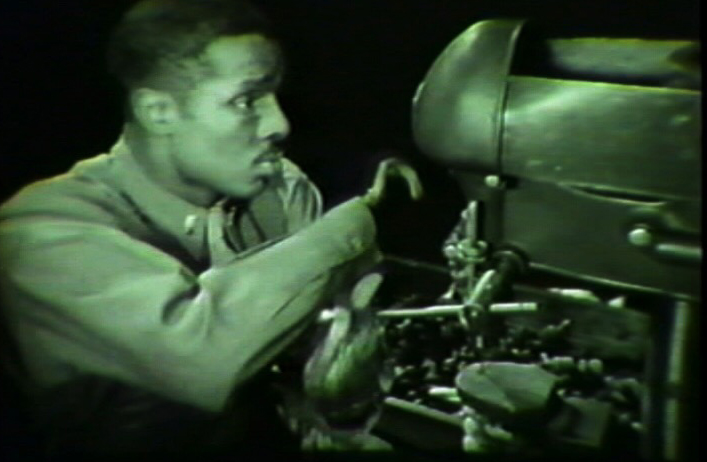 Vasco De Gama Hale, educator, blinded veterans’ association organizer, and National Association for the Advancement of Colored People (NAACP) official, was born in Crawford, Mississippi, to Brotop and Jane Hale on February 16, 1915. His father, Brotop, toiled as a sharecropper for a short time before moving to West Virginia in the 1920s where he found work as a laborer in the coal mining areas of the Fairmont District.  While working for the Consolidated Coal Company, his father was ordained as a Baptist Minister and served as the presiding pastor of the Morning Star Baptist Church in Marion County for many decades.

Hale’s education began in Fairmont’s Dunbar School, one of the few schools for black children in Marion County. He eventually attended West Virginia State College where he quickly joined the men’s football, baseball, and track teams during the mid-1930s. Hale also fought as a light heavyweight on the state’s boxing circuit. After graduating with a bachelor’s degree in 1940, he returned home to work as a mathematics and physical education teacher at Dunbar High School before entering the U.S. Army in 1941.

While attending Officers Candidate School, Hale was injured during a training exercise in California in 1943. Severely wounded during a grenade-throwing exercise, he lost his right hand, most of the fingers on his left hand, and his sight while sustaining a fractured skull and a perforated eardrum. Despite undergoing an extensive rehabilitation process, he eventually left the Army in 1946 and moved to Avon, Connecticut, where he became a founding member of the Blinded Veterans Association (BVA).

After his election as an officer in the new Association, Hale and fellow ex-GIs launched a public fight to win federal benefits for all disabled veterans who struggled to achieve self-autonomy as they sought to reintegrate into civilian life. At the same time, he attended Boston University in Massachusetts where he received training as a vocational rehabilitation specialist while earning a master’s degree in education in 1948.

In 1950 Hale also became a principal figure in the Hartford, Connecticut branch of the National Association for the Advancement of Colored People. After being elected as vice president of the Hartford NAACP in 1956, he became actively involved in civil rights issues affecting local black residents. He led demonstrations against housing, employment, and healthcare discrimination in the city’s North End. In 1958 Hale was selected Vice President of the NAACP’s New England Regional Conference, and there he assisted in the national association’s push for national civil rights legislation and the local push for the passage of Federal Employment Practices Commission legislation in the state.