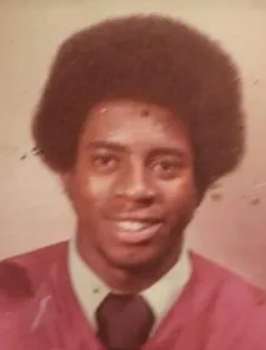 Fifty-eight-year old Gregory Gunn was walking home when a confrontation with a Montgomery, Alabama police officer caused the officer to shoot Gunn in front of his home. With his death, Gunn became one of the oldest victims in an incident that would be later publicized by the Black Lives Matter Movement.

On February 25, 2016, Gunn was walking home from a nearby neighbor’s home in Montgomery after a late-night game of cards. Officer Aaron Cody Smith was patrolling the area, when he saw Gunn walking down the street. The officer stopped Gunn for questioning, but did not have his body camera turned on, so it is unclear how the next series of events occurred.

For reasons unknown, Officer Smith began beating Gunn with his baton, prompting the older man to run toward a nearby home. A neighbor, Colvin Hinson, was awakened around 3 o’clock in the morning by the sound of Gunn frantically knocking on his bedroom window, yelling for help. Hinson reached for his phone to call the police. While he dialed the police, he saw Officer Smith shoot Gunn several times with a stun gun, and then heard multiple gun shots. Another neighbor, Scott Muhammed, heard a fight outside, and went out to break it up when he saw Officer Smith point his weapon and shoot the unarmed Gunn several times. More police and an ambulance arrived at the scene of the shooting, but no life-saving techniques were performed on the victim. Gunn was pronounced dead at the scene.

Officer Smith later claimed that Gunn was non-compliant in his questioning and confrontational. He said Gunn was armed with a pole, but Gunn’s fingerprints were not found on the weapon in question. Other officers reported that they found Gunn unarmed and clutching only a baseball cap in his hand. Officer Smith, 23, was removed from duty and eventually terminated by the Montgomery Police Force. After a preliminary hearing in March 2016, a judge found probable cause and forwarded the case to the grand jury. Officer Smith was arrested and charged with murder of Gregory Gunn. As of this writing, no date has been set for his trial.

Brothers Franklin and Kenneth Gunn believe their brother was racially profiled, being stopped by Officer Smith for no other reason than being black. There were no outstanding warrants against Gunn and he had no criminal record.  Gunn was, instead, a beloved member of his community. He had lived in the area his entire life, attending local schools, and was a graduate of Alabama State University with a degree in accounting.  He was also an active member of Kappa Alpha Psi fraternity. Gunn lived at home with his elderly mother, providing financial support to help care for her and maintain the home. It is unclear if the family has pursed any punitive damages from the city of Montgomery.