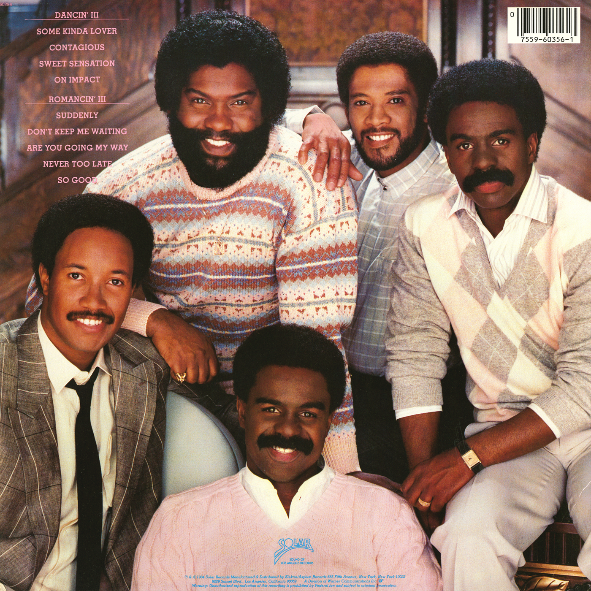 The R&B balladeers known as the Whispers formed in the Watts section of Los Angeles, California, in 1963 although they began harmonizing on the street corners in Watts as “the Eden trio.” The group comprised the identical twins Wallace and Walter Scott were born on September 23, 1943, in Fort Worth, Texas. Gordy Harmon was born on September 2, 1941 and Marcus Hutson on January 8, 1943, in Saint Louis, Missouri, and Nicholas Caldwell was born on April 5, 1944, in Loma Linda, California. Leaveil Degree, born on July 31, 1948, in New Orleans, Louisiana, replaced Gordy Harmon, who was injured in a driving accident.

The Whispers who have scored 15 Top 10 R&B singles and eight Top 10 R&B albums over their career were the first performers to appear on Soul Train when the show premiered in 1970. In 1972, they released their first album, Life and Breath, which peaked at no. 44 on the Billboard 200 album charts. That same year the album The Whispers’ Love Story peaked at no. 186 on the Billboard album chart and number 34 on the R&B album charts.

The Whispers had a long list of outstanding singles and albums that charted for more than three decades. In 1976, One for The Money reached 189 and remained there for 6 weeks. In 1980, the group released The Whispers which was their first million-selling album, peaking at no. 6 on the Billboard album chart. The album Imagination (1981) peaked at no. 23 and remained charted for 27 weeks while Love Is Where You Find It (1982) went to no. 35 and remain charted for 25 weeks.

At the 30th Annual Grammy Awards in 1987, the Whispers were nominated “Best R&B Performance by a Duo or Group with Vocal” for their single “Rock Steady.” This highest-charting composition was on the studio album Just Gets Better with Time that sold more than a million copies, thus making this their second platinum (selling more than one million copies). The Whispers Toast to The Ladies peaked at no. 92 and stayed charted for 8 weeks in 1995.

Marcus Hutson, one of the original members of the group died on December 9, 2000, of prostate cancer at the age of 57. Two years later the group received the NAACP Image Award and the following year (2002) they were inducted into the Vocal Group Hall of Fame. In 2005, The San Francisco Chapter of the Grammy Awards presented them with the prestigious Governors Award. They were also inducted in 2014 into the R&B Music Hall of Fame.

On January 5, 2016, Nicholas Caldwell died in Stockton, California, of congestive heart failure. He was 71. Despite this loss, a half-century after its founding, the nationally recognized Whispers continue with live performances.