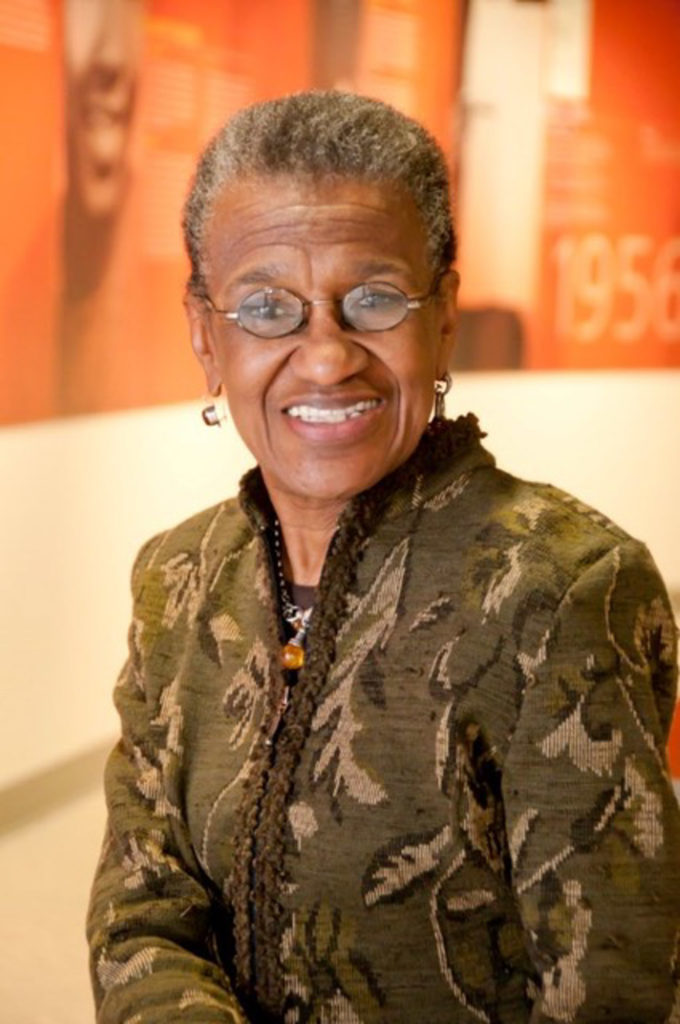 Historian, thespian, activist Georgette M. Norman was born on January 27, 1946, in Montgomery, Alabama, to George Maggie Norman, a real estate broker from Hope Hull, Alabama, and Juliet Graham Norman, who taught at W.B. Paterson Elementary School and was from Montgomery.

Georgette’s early education began in 1951 at Alabama State University Laboratory School in Montgomery, where she also received a high school diploma in 1963. That summer she attended the pre-college political science institute at Hampton Institute. In 1963, however, Norman enrolled in Fisk University in Nashville, Tennessee as a history major and graduated with the Bachelor of Arts degree in 1967.

Norman joined the Teacher Corps and simultaneously received a Master of Education degree from Hampton Institute in 1970. Afterward, Norman was recruited by the Government of the Virgin Islands to teach in its public schools on the island of St. Croix. In 1973, she received a postgraduate certificate in Humanistic Education from the University of Miami, Florida.

In 2001, Norman was named the first Director of Troy University Rosa Parks Museum. During her tenure, the museum hosted more than 500,000 visitors globally and had seventy art exhibitions. In 2005 she partnered with the Smithsonian Institution Traveling Exhibition Services (SITES) to develop “361 Days: The Montgomery Bus Boycott Story” for the 50th Anniversary of the Boycott. In 2007, she taught “Africa American Theater” in the Prison Project at the Staton Correctional Facility Prison in Elmore County, Alabama. And a year later, in 2008, she became the recipient of the “Outstanding Achievement Award” for the Cleveland Avenue Time Machine at the Rosa Parks Museum at the Disneyland Resort in Anaheim, California. Norman retired from the Museum in 2014. Later that year she traveled to Bloemfontein, South Africa, to speak about the culture of reconciliation and empowerment at the International Conference “Freedom: Our Responsibility” at Free State University.

In 2018, as Project Historian for the Alabama African American Civil Rights Heritage Sites Consortium, Norman played a pivotal role in identifying 20 meeting sites or worship centers throughout Alabama that were significant in the civil rights movement. In addition, she directed for Cloverdale Playhouse in Montgomery August Wilson’s Pulitzer Prize for Drama work Fences that examined race and class through the African American experience. The following year, 2019, Norman collaborated with Priscilla Hancock Cooper on the lecture/demonstration, “Past, Present, and Future: Our Civil Rights Legacy and Community Revitalization” and in 2021, she presented “Traveling While Black & Going Down South” at the Shakespeare Garden, Auburn University.