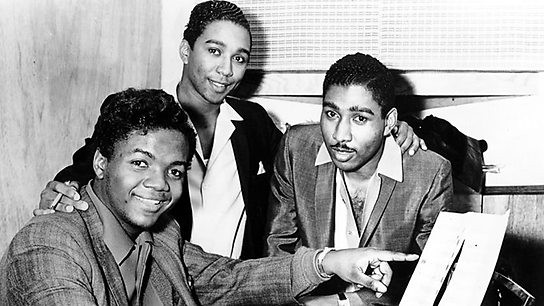 The musical trio known from Detroit, Michigan known as Holland-Dozier-Holland were the biological brothers Edward Holland, Jr., a lyricist born on October 30, 1939, and Brian Holland, a vocalist/composer/producer, born on February 15, 1941; and composer Lamont Dozier, born on June 16, 1941). These musicians, working for Motown founder, Berry Gordy, composed, arranged, and penned music that became the nucleus of the label’s sound. From 1962 to 1970 they composed more than 400 hit songs for numerous Motown artists that sold tens of million records and had more than 100 million airplays.

The trio’s debut hit was the single “Locking Up My Heart,” sung by the Marvelettes. In 1963 followed the same year by “Heat Wave” sung by Martha and the Vandellas which became the songwriting teams first no 1 hit song on the Billboard Hot R&B chart. It also peaked at no. 4 on the Billboard Hot 100.

Holland, Dozier, and Holland were the principal composers and producers for Motown Records until 1968 when they resigned from the company in a dispute regarding the payment of royalties. In 1968 they founded the Invictus/Hot Wax label also labeled in Detroit. It had a brief string of hits by artists such as Honey Cone, “Want Ads” (1969) Freda Payne, “Band of Gold” (1970) and Chairmen of the Board “Give Me Just a Little More Time,” (1970) until it folded later in 1970.

Lamont Dozier also launched a brief singing career in the early 1970s with his 1973 album Out Here On My Own, that produced the singles “Fish Ain’t Bitin’” and “Trying to Hold on to My Woman.” Other albums in the decade included Black Bach (1974), Right There (1976) and Peddlin’ Music on the Side (1977).

Eddie Holland, Brian Holland, and Lamont Dozier have received a plethora of accolades for their accomplishments. Among their many honors is the Lifetime Achievement Award from the National Academy of Songwriters bestowed upon them in 1987. The following year, in 1986, the trio was inducted into the Songwriters Hall of Fame. They were also inducted into the Rock and Roll Hall of Fame in 1990. In 2004, Brian Holland, Lamont Dozier, and Edward Holland received the Special International Ivor Novella Award by The British Academy of Composers and Songwriters. In 2009 they were recipients of The Johnny Mercer Award, the Songwriters Hall of Fame’s highest honor.