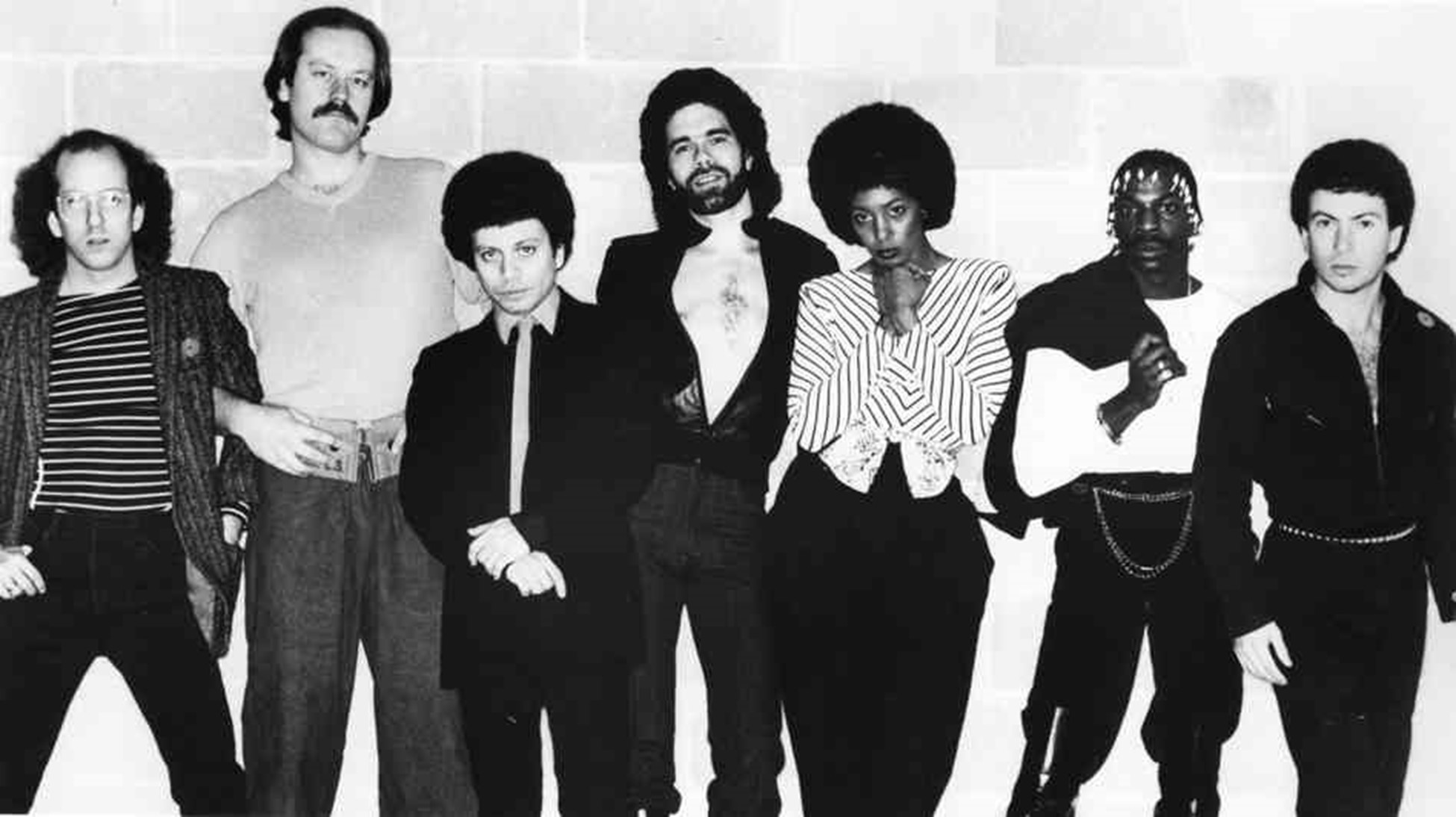 Hear a soundtrack specially chosen to enhance your learning about Lipps, Inc. (1979-1985)

Lipps, Inc., a short-lived rhythm and blues, disco, and funk ensemble, was founded in 1979 in Minneapolis, Minnesota. Vocalist/ saxophonist Cynthia Johnson (born April 22, 1956, in St. Paul), who was the 1976 Miss Black Minnesota, led this ensemble and co-composed for the band while Steven Greenberg (born October 24, 1950) composed and produced most of the music. The other band members were session musicians that included guitarist David Rivkin, guitarist Tom Riopelle, bassist Terry Sawbones Grant, and pianist Ivan Rafowitz.

Lipps, Inc.’s debut studio album Mouth to Mouth was released in 1979. It peaked at no. 5 on the U.S. Billboard R&B album chart. It also became the band’s first international album hit, peaking at no. 7 in Australia, no. 10 in Sweden, no. 11 in Germany, no. 12 in Canada, no. 21 in Norway, and no. 23 in the Netherlands. Their single “Hold Me Down” from the album Designer Music reached no. 11 on the U.S. dance chart and was particularly successful in Mexico and Central and South America as a disco song. It eventually climbed into the Top 10 on the Billboard U.S. Disco chart.

Later in 1979, the band released their greatest hit, the single “Funkytown,” composed by Greenberg and issued on the Casablanca Records label. It peaked at no. 1 on the Billboard Hot 100 and the Hot Dance Music/Club Play charts in the U.S. and became the group’s second international hit, reaching no. 1 in Australia, Austria, Belgium, Canada, France, Israel, the Netherlands, New Zealand, Norway, Spain, and Switzerland, and no. 2 on the U.K. Singles Chart. “Funkytown” sold more than 2 million copies in the United States and more than 35 million copies globally.

The group did produce three album compilations of its greatest hits, Funkyworld: The Best of Lipps, Inc. (1992), Disco Collection (2001), and Funkytown (2003). In 2007, Lipps, Inc. was inducted into The Mid-America Music Hall of Fame and in 2020, the Minneapolis Heritage Preservation Commission honored Lipps, Inc. for its contribution to the music history of the city.