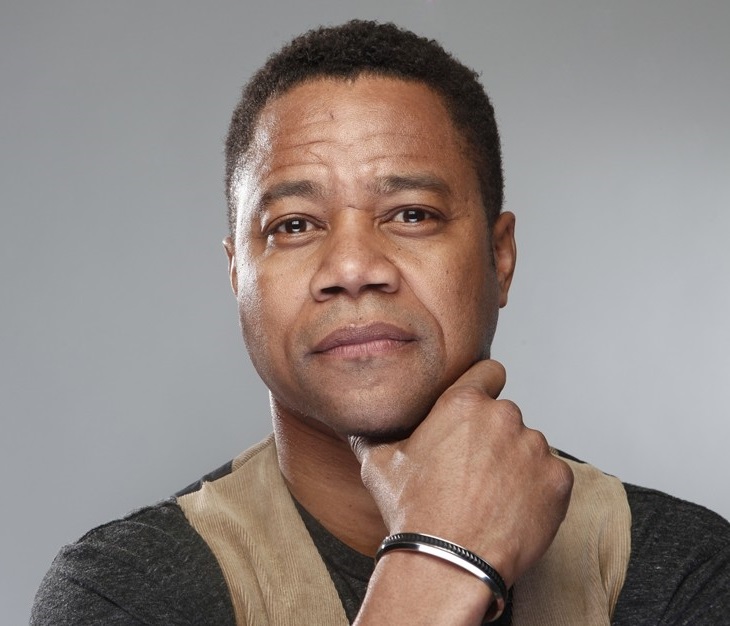 Since his notable role in the critically acclaimed film Boyz N the Hood (1991), Cuba Gooding Jr. has had a major career that has spanned an array of films. His work has included a diverse group of genres including drama, comedy, action, and war. Gooding’s career has included many memorable roles, with his quote “Show me the money!” in the film Jerry Maguire (1996) becoming a staple in the lexicon of cinephiles.

Cuba Gooding Jr. was born on January 2, 1968 in the Bronx, New York. His father, Cuba Gooding Sr., was the lead singer of The Main Ingredient who is best known for the 1972 hit song “Everybody Plays the Fool.” Gooding Jr. grew up in Los Angeles, California after his family moved there for his father’s music career. His father abandoned the family when Gooding Jr. was young, and his mother, Shirley, was primarily responsible for raising him.

Gooding attended four different high schools in Southern California, being elected class president in three of them. During high school, Gooding had a professional break into entertainment with a role as a break dancer for Lionel Ritchie in the 1984 Summer Olympics Opening in Los Angeles. His first acting opportunity came in 1986 when he landed a small role in the television series Hill Street Blues. Gooding had a major role in his first comedy, Coming to America (1988) with Eddie Murphy.

After Boyz N the Hood, Gooding was featured in a string of films through the 1990s including A Few Good Men (1992), Lightning Jack (1994), and Outbreak (1995). His most remembered role was as fictional NFL star Rod Tidwell in Jerry Maguire which starred Tom Cruise. Gooding won the 1997 Academy Award for Best Supporting Actor.

After Jerry Maguire, Gooding’s array of films would vary in success and acclaim. While films like Snow Dogs (2002), Boat Trip (2002), and Norbit (2007) were almost universally panned by critics and at the box office, Gooding would also have roles in well-received films like Pearl Harbor (2000) Radio (2003), American Gangster (2007), The Butler (2013), and Selma (2014). Gooding has also been successful as a television actor, playing the role of Dr. Ben Carson in Gifted Hands: The Ben Carson Story (2009) and troubled former NFL star O.J. Simpson in American Crime Story: The People v. O.J. Simpson (2016).

Gooding’s family also includes fellow actor Omar Gooding, who has been in feature films. Gooding has three children with his former wife, Sara Kapfer whom he wed in 1994. He resides in Studio City, California.