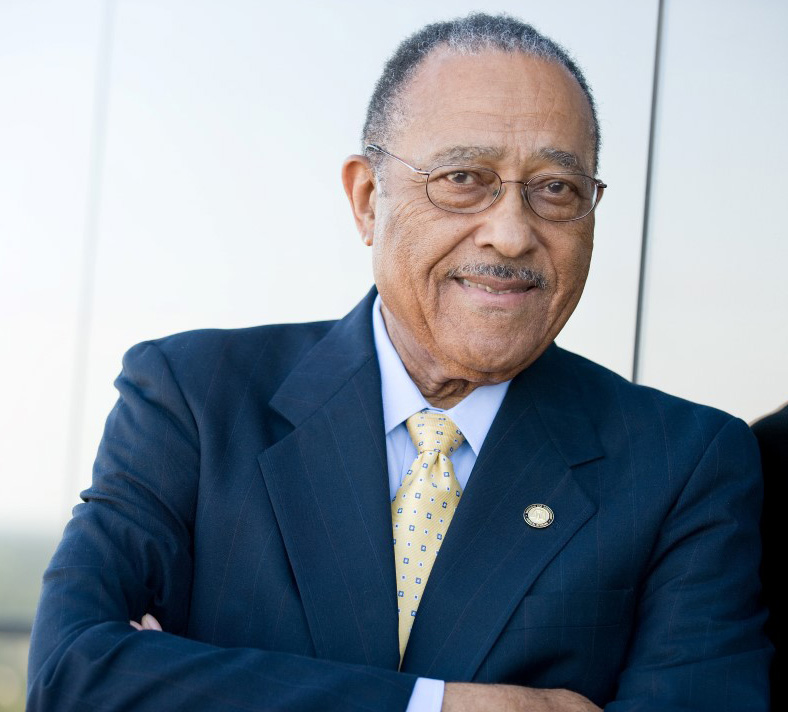 Frye was educated in the Mineral Springs, North Carolina School system. In 1953 Frye graduated with a Bachelor Degree with highest honors from the University of North Carolina Agricultural & Technical University (NC A&T). While attending college Frye was involved in student government and enrolled in the Reserved Officer Training Corps (ROTC) and commissioned as a Second Lieutenant upon his graduation.

After graduating Frye entered the United States Air Force serving from 1953 to 1955 and then leaving with a rank of Captain. Upon returning home to North Carolina, Frye in 1956 attempt to register to vote, however was denied after his failure of the so-called “literacy” test.  Failure of the test which was really a scheme to deny the ballot to African Americans, inspired Frye to attend law school.

Frye enrolled in and attended the University of North Carolina Law School in Chapel Hill, graduating in 1959 with a Juris Doctoral degree, with honors. He was one of the first African Americans to graduate for that law school and was admitted to practice law in the State of North Carolina that same year.

On August 25, 1959, Frye married Shirley Taylor and to this union two sons were born, Henry Ell, Jr. and Harlan Elbert.  Frye’s public legal service began serving in private practice from 1959 to 1963.  In 1963 Frye became an Assistant U.S. Attorney in the North Carolina Middle District which earned him the distinction of being the first African American Assistant United States District Attorney in the United States. During the years of 1965 to 1967 Frye served as an Adjunct Professor at North Carolina Central Law School.

Frye was elected to the North Carolina General Assembly as a Democratic State Representative in 1968. He was the only African American North Carolina legislator, and the first elected in the 20th century. Frye served six terms in the House until 1980 and was elected to State Senate serving one term from 1981 to 1982. During the years of 1967 to 1983 Frye continued in private practice in Greensboro, North Carolina.

In 1983, Democratic Governor James. B. Hunt appointed Frye to the North Carolina Supreme Court as an Associate Justice. He was selected to fill the vacant seat of retiring Justice John Phillips Carlton. Frye thus became the first African American to serve on the court.  Frye was elected outright to continue to serve in 1984 and re-elected in 1992, serving for 16 years.

In 1999, Democratic Governor James B. Hunt appointed Frye as the twenty-fifth Chief Justice of the North Carolina Supreme Court replacing retiring Chief Justice Burley Bayard Mitchells, Jr. Frye served in this position for two years.  He remained as Chief Justice until he was defeated for a full term by Isaac Beverly Lake, Jr. in the 2000 general election.  He left the bench on January 1, 2001.  Frye returned to serving in private practice with Brook & Pierce Law Firm in Greensboro, North Carolina.  Frye is recognized a leader and community advocate.

In January 2018, the State of Carolina commemorate Frye’s achievements and work in overcoming racial barriers and re-named the Green Lake Road bridge to the Chief Justice Henry E. Frye bridge.