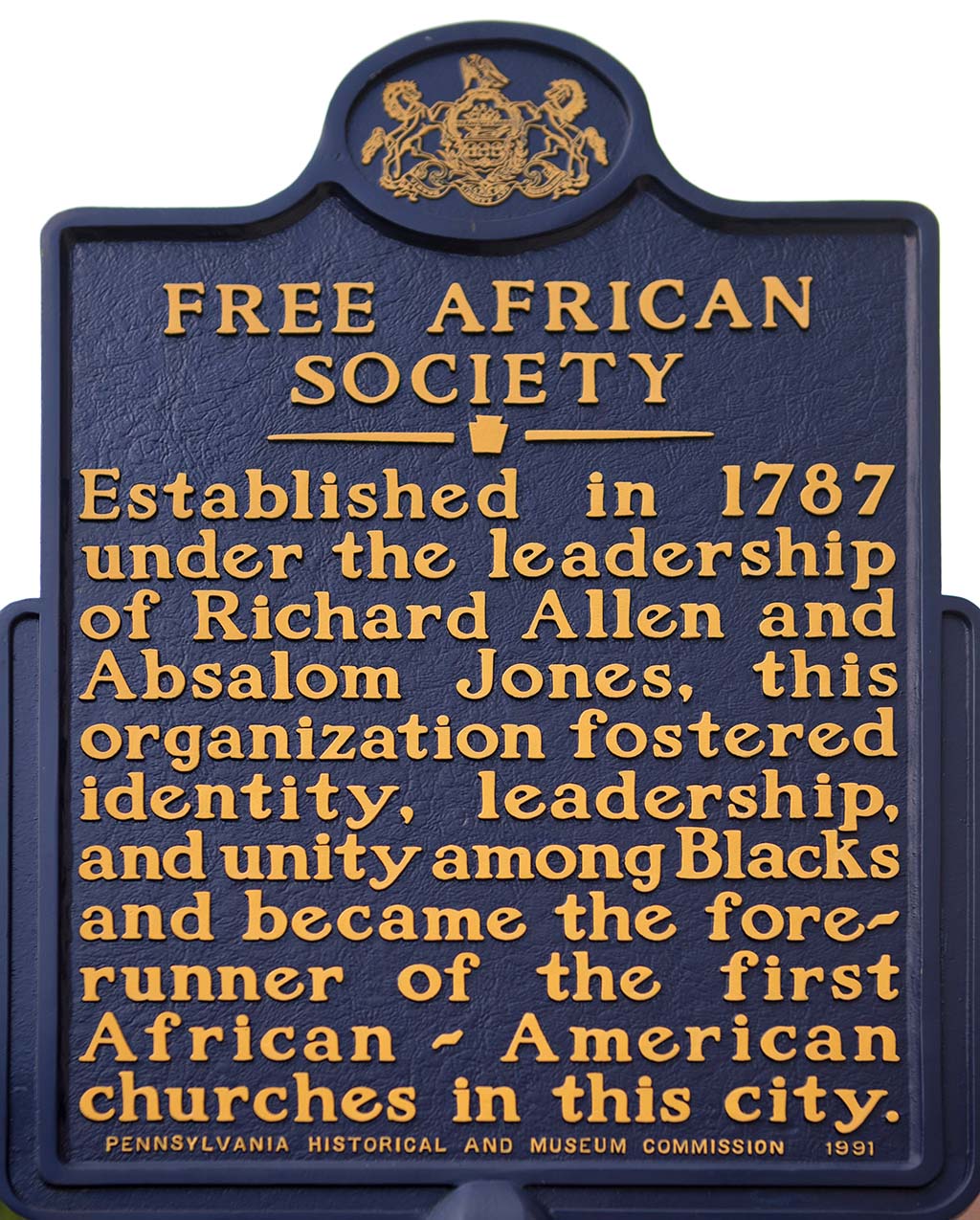 In 1787, Richard Allen and Absalom Jones, prominent black ministers in Philadelphia, Pennsylvania, formed the Free African Society (FAS) of Philadelphia, a mutual aid and religious organization. Allen and Jones envisioned the Society as the foundation of an interdenominational church for the city’s free black population.  Allen, however, found the FAS’s incorporation of Quaker practices, such as silent prayer, incompatible with his desire for more outwardly expressive forms of worship.  A dedicated Methodist at that time, he left the organization two years after its founding.  Absalom Jones remained with the organization, eventually becoming its president.

Throughout the late 18th century, the FAS served as one of the city’s leading black philanthropic organizations.  Besides Jones, its members included notable African American abolitionist men such as Cyrus Bustill, James Forten, and William Gray. With the exception of Forten, most of the founding men were former slaves.

The organization functioned as both a mutual aid society and club where members of Philadelphia’s black elite could socialize and forge business relationships with one another. By 1794, the Society had become large enough to accomplish its original goal when members built their own house of worship, St. Thomas African Episcopal Church.  Church leaders initially offered the pastorate to Richard Allen in an effort to persuade him to rejoin the Society. After Allen rejected the offer, Absalom Jones accepted the appointment of the Church’s first pastor.

In addition to providing assistance to the sick, widowed, and orphaned members of Philadelphia’s black community, the FAS also extended its help to the city at large. The Society’s most famous contribution to the city was the help members provided during the yellow fever epidemic in 1793, which killed thousands of Philadelphians.

The FAS served as a catalyst for the establishment of other black mutual aid societies in the city during the mid-nineteenth century, when abolitionist organizing among Philadelphia’s free black population flourished.