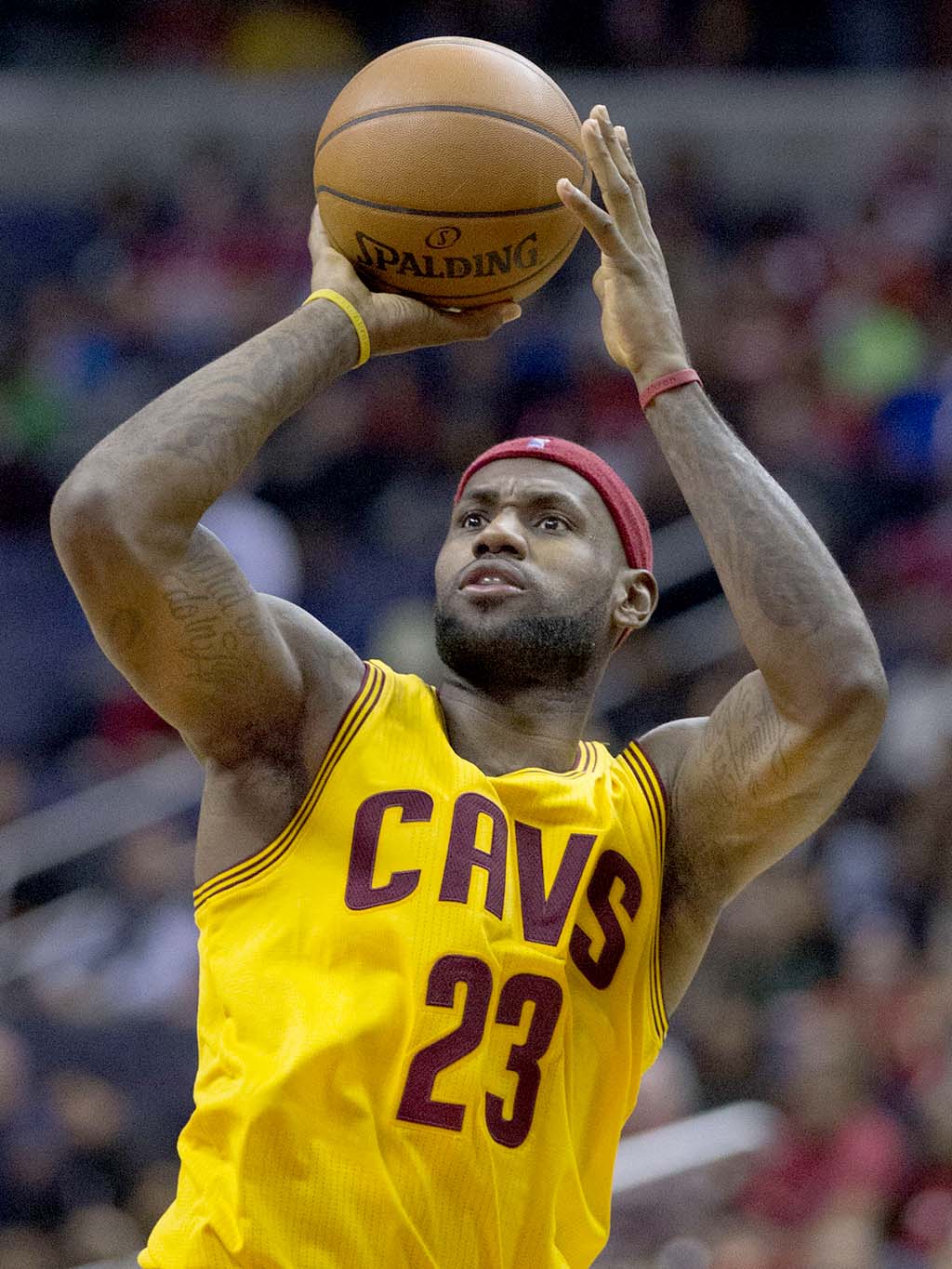 National Basketball Association (NBA) superstar LeBron James was born on December 30, 1984 in Akron, Ohio to Gloria James who was sixteen and unwed. Gloria, the sole provider for her only son, worked various jobs and lived in numerous apartments with young LeBron throughout Akron.

The Shooting Stars saga at the SVSM became storied. Under LeBron James’s leadership the team won three Division III state titles. The team’s popularity required SVSM to move their games from their high school area to the fifteen thousand seat Rhodes Arena at the University of Akron. James’s fame also attracted the attention of ESPN Magazine and Sports Illustrated in the late 1990s and he was given the nickname “King James” by the sports press. The team was chronicled in the 2009 documentary More Than a Game.

In 2003, James at 19 and 6ft 8 in was selected as the first overall pick by the NBA Cleveland Cavaliers basketball team. He was named Rookie of the Year in 2004. In his third season, 2005-2006, he led the Cavaliers to the playoffs, losing to the Detroit Pistons.  Nonetheless James signed a three year, $60 million contract extension with a fourth optional year.

On July 1, 2010 LeBron James exercised his fourth year contract option and became a free agent which allowed him to negotiate with any team wanting to utilize his enormous skills. Most of the major NBA franchises coveted James and he used the competition to create an unprecedented live ESPN television special called “The Decision” where he announced he would play for the Miami Heat. This decision teamed him with NBA All-Stars Dwayne Wade and Chris Bosh. While the decision to go to Miami drew enormous attention and anger from Cleveland’s fans who hoped he would remain there, James has accomplished something no other NBA superstar had attempted. He used his high profile free agency status to negotiate the creation of a team around him which he hoped would win the NBA championship that had eluded the Cavaliers during his years there.

LeBron James made history off the court as well. In March 2008 he became the first black man to appear on the cover of Vanity Fair.  The cover shot was a remake of the 1933 promo of the film King Kong with James appearing as a ferocious large black man grasping tightly the waist of the Brazilian model Gisele Bunchen. In the same year James became one of the first black athletes to support Illinois Senator Barack Obama’s presidential campaign. James lent his own star power and used the Cleveland Cavalier’s Arena to host a fundraiser for the presidential candidate which drew over 20,000 Obama supporters.

In 2012, Lebron James led the Miami Heat to the National Championship, defeating the Oklahoma City Thunder. This was James’s first championship in the National Basketball Association (NBA). James has also won championships in 2013 with the Heat, 2016 with the Cleveland Cavaliers, and 2020 with the Los Angeles Lakers. James is one of four players to win a championship with three different teams.