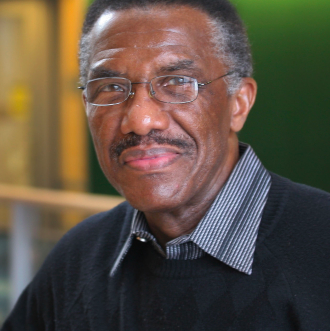 Renty B. Franklin
Fair use image
This entry is sponsored by Quintard Taylor

Through his groundbreaking research on hormones and mineral levels in the blood, Dr. Renty Benjamin Franklin, a physiologist, made major contributions to our understanding of prostate function and prostate cancer. A tenured full professor at the University of Maryland Dental School and an expert on glandular function, Franklin published widely throughout his career, receiving grants from the National Institutes of Health and other funders to support his internationally-recognized work.

Franklin was born in Birmingham, Alabama on September 2, 1945. His father, George Franklin, worked as a miner and in the local steel mills, as well as in a small grocery store owned by the family. His mother, Pinkie Smith Franklin, a former teacher, ran the store during the day, and often tutored her children at night.

At only 16 years old, Franklin enrolled at Morehouse College in Atlanta, Georgia. He earned a BS in biology 1966 and an MS in biology from Atlanta University (now Clark Atlanta) in 1967. He then taught for two years at St. Augustine’s College in Raleigh, North Carolina, before beginning his doctoral studies at Howard University in 1969. Supported by a prestigious fellowship from the National Science Foundation, Franklin graduated in 1972 with a Ph.D. in physiology. His dissertation, “Studies on Renal Citrate Handling and the Effect of Parathyroid Hormone,” examined how kidney function could be impacted by a hormone from the parathyroid gland.

Franklin joined the faculty of the Howard University College of Medicine as an Assistant Professor of Physiology (the study of organs and organ systems) in 1972. Soon afterward, he was awarded a research fellowship from the Porter Foundation to support a year of study at Harvard Medical School. While there, his work focused on the role played by minerals, like calcium, in the onset of disease. In 1976, the National Institutes of Health selected Franklin (principal investigator) for a substantial grant. His project investigated the effects of the hormone calcitonin on citrate regulation, with the ultimate aim of better understanding the relationship between calcitonin and citric acid. In 1976, he also received an Outstanding Faculty Research Award from Howard University College of Medicine.

In 1980, Franklin accepted a position as an Associate Professor of Physiology at the University of Maryland Dental School’s Department of Biomedical Sciences. He would become a full professor in 1986 and eventually head the school’s molecular and cell biology program. While at Maryland, Franklin expanded his study of the prostate gland with a particular focus on prostate cancer, becoming a widely cited expert in the field. Among his many contributions was an enhanced understanding of the role played by the mineral zinc in prostate function as well as in the growth (or lack thereof) of malignant cells.

A prolific scholar, Franklin published over 80 scholarly articles and abstracts in prestigious journals, including Journal of the National Cancer Institute, Molecular Cancer, Oncology, and Journal of Biological Chemistry. During his long career, he also dedicated much time and effort to recruiting and mentoring students of color, including in partnership with federal agencies, and to supporting the work of graduate students. Franklin received the Howard-Hughes Morehouse Distinguished Scientist Award in 1994.

Franklin is married to Theresa Langston and the couple have two children.