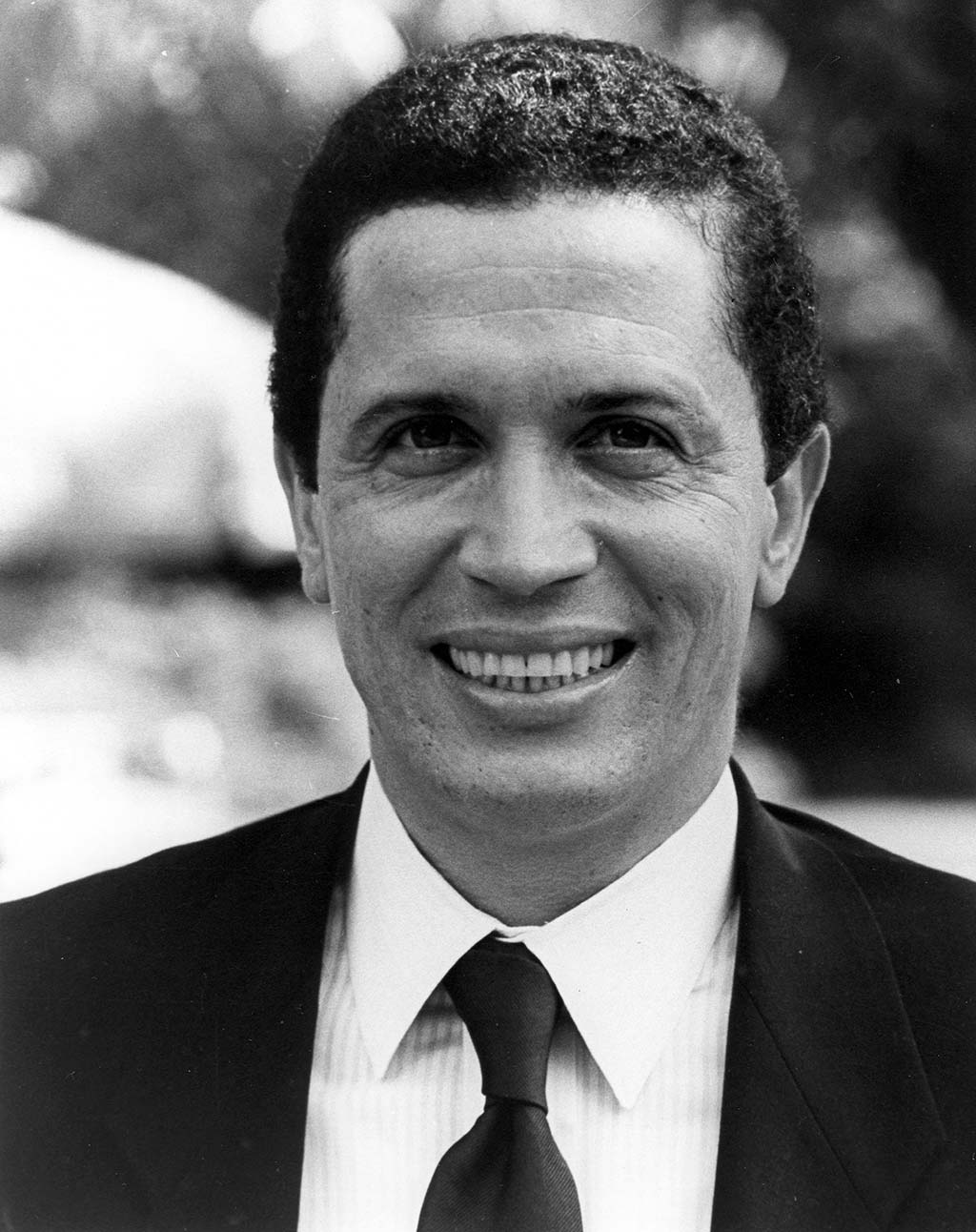 Harold Eugene Ford, Sr., a United States Representative from Tennessee from 1975 to 1997, was born on May 20, 1945 in Memphis, Tennessee to Vera Davis and Newton Jackson Ford, a funeral home director.  Ford’s family was part of the local black elite dating back to the beginning of the 20th Century.  Ford graduated from Tennessee State University in Nashville in 1967 and later earned an M.B.A. degree from Howard University in 1982.

In 1974, Ford won the Democratic nomination for the Memphis-based 8th Congressional District and the right to oppose four-term Republican incumbent Dan Kuykendall. Kuykendall had first been elected to Congress in 1964, the first of the “Goldwater Republicans” to be elected from the South.  Despite Kuykendall’s most recent reelection in 1972, the district was becoming more African American as many Memphis whites left the city for the suburbs.  Ford also took advantage of an unprecedented voter registration drive campaign in African American Memphis.  The campaign between the white conservative Republican and black liberal Democrat was hotly contested and quickly took on racial overtones.

When the ballots were initially counted it appeared that Kuykendall had won in a close race.  However, Ford’s supporters uncovered several ballot boxes that had reportedly been in a dumpster behind the offices of the then-all white Shelby County Election Commission.  When these previously uncounted votes were verified, Ford was declared the winner in what was considered a significant upset by some political analysts.

Ford was the first African American to represent Tennessee in Congress in the 20th century.  He served on the U.S. House Select Committee on Assassinations that investigated the death of prominent American leaders.  Ford easily won reelection in 1976 and 1978 through a coalition of black activists and organized labor and ran unopposed in 1980.

Beginning in the late 1980s Ford groomed his son Harold Ford, Jr. to be his successor and decided that 1996 would be the perfect time for such a transition.  This was the year that the younger Ford completed the University of Michigan Law School.  Harold Ford, Jr, however, refused to embrace the confrontational race-oriented tactics that his father had so adroitly employed.  It served the younger Ford well when the 8th District was enlarged in 2000 to include a large number of white suburban voters.

Harold Ford, Sr. a member of Alpha Phi Alpha Fraternity, currently lives in Miami, Florida and is still active in the Democratic Party.