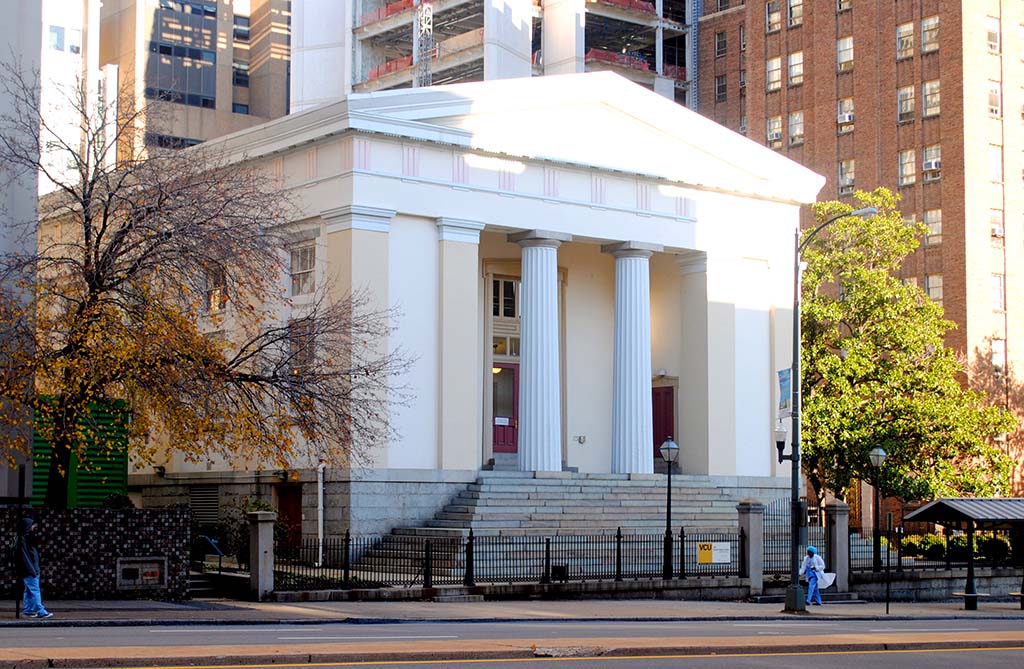 The First Baptist Church, founded in 1780 by Joshua Morris, emerged in the aftermath of the Great Awakening religious revival movement (1730s-1770s) that spread across the South.  In contrast to the other churches in Richmond organized during the same time, the First Baptist attracted both black and white congregants in the hundreds, while neighboring houses of worship could only count a handful of followers.

First Baptist greatly appealed to slave and free-born blacks because of its liturgical message of egalitarianism by stressing the individual’s efforts for rebirth and conversion, rather than infant baptism.  Furthermore, the sermons and messages were accessible to even those who could not read.  Baptist ministers expressed sin and salvation in physical terms: the weight of sin, the burning fires of hell, and the cleanliness and purity of conversion.

More importantly, however, were the unusual leadership and educational opportunities the church offered to black members during the antebellum era.  African American members who had notable preaching skills were allowed to perform funeral sermons and to give opening prayers at Sunday services regularly.  Distinguished nineteenth-century Reverends Lott Cary and John Jasper, for example, gained experience and honed their skills through the First Baptist Church.  Black members were also selected to serve as deacons to minister to the African American congregation.  Further surprising was the school within the church to teach reading, writing, arithmetic, and the Bible to anyone including slave and free-born black residents; unfortunately these activities were banned following Nat Turner’s rebellion.  Finally, under the auspices of the First Baptist, the Richmond African Missionary Society was created (in 1815) and the first representative of this organization to go to Africa was none other than Reverend Lott Cary.

Though the First Baptist did offer many opportunities for its black brethren, tensions between black and white parishioners did exist; black Baptists, for example, were required to sit apart from whites in the galleries, and because of limited seating, many black parishioners were physically unable to fit in the church.  And although there were black deacons, they were scrutinized by their white counterparts and their decisions were often superseded by the latter group.  In 1841, black parishioners successfully petitioned to separate from First Baptist to the First African Baptist Church.