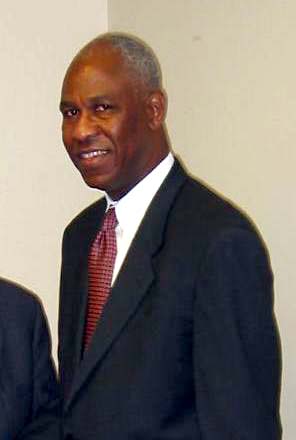 Dr. Willie W. Herenton was born on April 23, 1941 in Memphis, Tennessee and served as the first African American mayor of  that city. Dr. Herenton is a graduate of LeMoyne-Owen College in Memphis and the University of Memphis.

At a young age, Herenton demonstrated athletic prowess. When he was 11 years old, Herenton entered a boxing program at the local YMCA. During his first year, he made it to the semifinals and in 1953, he captured the flyweight title. By the time he graduated from high school in 1958, Herenton had won a number of southern AAU championships. He also won the Kentucky Golden Gloves competition and had been Tri-State Boxing Champion several times.

Because of his boxing prowess, Herenton was offered a full athletic scholarship to the University of Wisconsin at Madison. He refused the scholarship and instead moved to Chicago with the hopes of becoming a professional boxer. Realizing the limitations of a high school education, Herenton soon regretted his decision. He returned to Memphis and enrolled at LeMoyne College, a small black liberal arts school in the city. He met fellow student, Ida, and they were soon married.

Herenton graduated from LeMoyne College at the age of 21 and became a fifth-grade public school teacher in Memphis. The following year he earned a master’s degree at Memphis State University (now the University of Memphis). In 1969 Herenton was appointed principal of the school he attended as a child. At 28, he was the youngest principal ever hired in Memphis. Three years later, he completed a Ph.D. degree at Southern Illinois University. In 1979, Herenton was named superintendent of the Memphis Public Schools, the fifteenth largest school system in the United States, and one of the poorest.

In the late 1980s Herenton became interested in politics, and in 1991 he was elected the first African American mayor of Memphis. Herenton’s nearly two decade tenure as mayor has not been without controversy. His later terms have been marked by allegations of mismanagement, corruption and sexual harassment. He is given credit, however, for revitalizing Memphis and reducing racial tension in the public schools and the city at large.  Herenton is a member of Sigma Pi Phi fraternity.