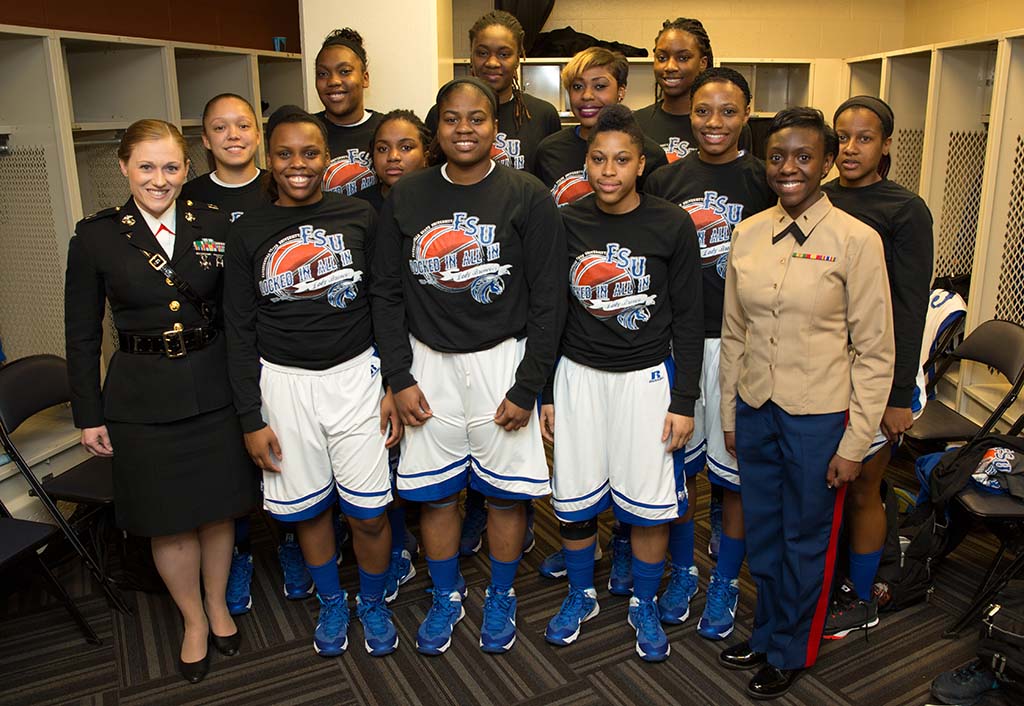 Fayetteville State University is a historically black institution of the University of North Carolina system located in Fayetteville, North Carolina. It is the second oldest higher education institution in North Carolina and was founded in 1867 as Howard School in honor of General Oliver Otis Howard, who was appointed by President Andrew Johnson as the first commissioner of the Freedmen’s Bureau.  Seven black citizens of Fayetteville, Matthew N. Leary, Andrew J. Chesnutt, Robert Simmons, George Grainger, Thomas Lomax, Nelson Carter, and David A. Bryant, gathered $136 dollars to purchase two lots on Gillespie Street to build the first schoolhouse for the school.  The small school house became the nucleus of the university.

In 1877, the North Carolina General Assembly chose Howard School as a teacher training institution for African Americans and changed its name to the State Colored Normal School. With the name change the institution became the first public teacher training institution for blacks in the state. From 1880 to 1883, Charles W. Chesnutt, who later became one of the leading black novelists in the country, served as principal (president) of the school. In 1939, the school changed its name to Fayetteville State Teachers College and became accredited by the region and state in 1947. The name was changed to Fayetteville State College in 1963 and finally to Fayetteville State University in 1969. In 1972, the university became part of the University of North Carolina system as all public universities are in the state of North Carolina.

In 1985, the school became a Comprehensive Level I Institution, allowing the academic programs to grow under the leadership of Dr. Lloyd V. Hackley who was the seventh Chief Executive Officer of the university starting in 1988. Dr. Hackley expanded the master’s programs to fifteen degrees, added the first Ph. D program in Educational Leadership, and increased the number of baccalaureate’s programs to thirty-six. On December 1994, Dr. Hackley left the school to become the first African American President of North Carolina Department of Community Colleges.

In 2009, Fayetteville State University had over 6,300 students. The institution continues to be one of the top leading universities in awarding undergraduate degrees to African American students in studies of mathematics, psychology, computer science, education, and history. Forty three undergraduate programs are now available, along with 23 master’s programs and one doctoral program in educational leadership.